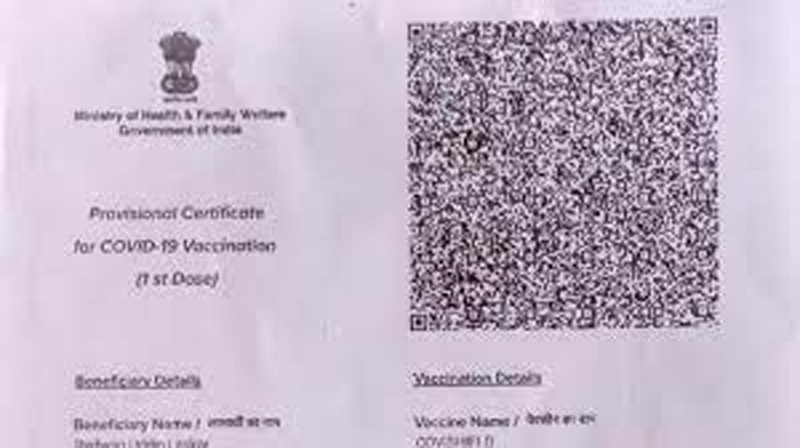 Irfan Tramboo
SRINAGAR, Sept 16: To their utter surprise, people who have not even received their second COVID-19 vaccine dose in Kashmir, are getting false messages informing them that they have been fully vaccinated, resulting in an outcry among the general masses who are now questioning the entire process.
Several people told Excelsior that they have received messages on their registered mobile numbers notifying them that they have received their second vaccine dose and they have can now download their ‘Fully Vaccinated’ Certificate.
Several people in this regard took to social media and posted their ‘Fully Vaccinated’ Certificates stating that they have been able to download the certificate without even getting the vaccine shot while criticising the department for the apparent error.
“I received the fully vaccinated message on my mobile number along with the date and spot of vaccination without even having my COVID shot, it is utter nonsense,” said a resident Waseem Wani.
It is to be noted here that similar complaints were earlier received as well. However, the frequency was minuscule, but now it has increased as over 30 people from Srinagar as well as other districts said that they have received the false messages even as the numbers are stated to be high.
On the other side, the doctors have also expressed concern over the issue that people are facing concerning vaccination and said that the same needs to be fixed immediately.
“They have made a joke of COVID vaccination as receiving vaccination messages without even getting a jab jeopardises the entire process. It is something that needs to be taken care of,” a doctor said wishing not to be named.
Yawar Hussain, a local scribe told Excelsior that he received his first dose of COVID-19 vaccine on May 22 at a special drive that was carried out at the Press Club. “But without receiving the second dose, on September 11, I got a message that I have received my second jab, which is far from reality,” he said while adding that several other journalists have received similar messages.
As per officials, the matter was taken up during the meeting with the Director-General Family Welfare MCH& Immunization J&K and the necessary directions in this regard have been issued for immediate action.
In this regard, a letter has also been written to all the concerned dealing with the COVID-19 vaccination asking them to take measures to avoid such errors.
“…It was pointed out that there are few complaints of inaccurate messages of vaccination having been generated and delivered to people. While the Department appreciates the tremendous efforts put in by the field staff such inadvertent errors are best avoided. It is as such requested that the concerned field staff/ verifiers are advised to observe strict care to avoid such errors,” read a letter issued in this regard by the Deputy CMO, Srinagar.
Pertinent to mention here, as per official figures, so far, since January when the COVID-19 vaccination began in J&K, around 70 per cent of people under 18 and above years of age have received their first vaccine dose in Kashmir while around 25 per cent have received both doses.