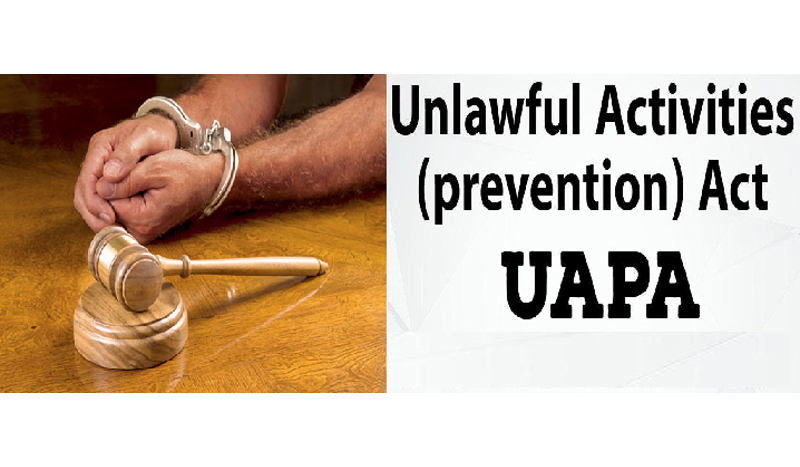 Any criminal case registered against an accused , more so when it concerns undesirable activities of militants , over ground workersand other active facilitators whose activities are prejudicial to the safety , security and freedom of people and threat to internal peace etc demand thorough investigation by experienced and even senior Police officials . Such accused are booked under Unlawful Activities Prevention Act (UAPA). It is, therefore, to be ensured that no recklessness or casual even average normal approach adopted in respect of taking such cases to exemplary logical conclusions were adopted . It is because such accused should not be getting relief like granting of bail or getting other types of relaxations from the courts.
In such cases, since most of such persons are feared to get recycled into the process of again indulging in unlawful activities once they are freed , Union Ministry of Home affairs , therefore, desires proper investigations which could result in convictions and not getting any relief just on account of presentation of the case in the court not backed by full professional police investigations. That demands the pendency of such cases being addressed to reduce the volume with an aim of a sure imprisonment of an established accused. Since we have been laying stress on trainings and conducting of workshops to acquaint the personnel in Government departments with adequate knowhow, knowledge and the latest in respective fields, it is quite satisfying that Jammu and Kashmir Police has organised three workshops by the NIA officers. It is, therefore, expected that in maximum cases , imprisonments take place as a deterrent.