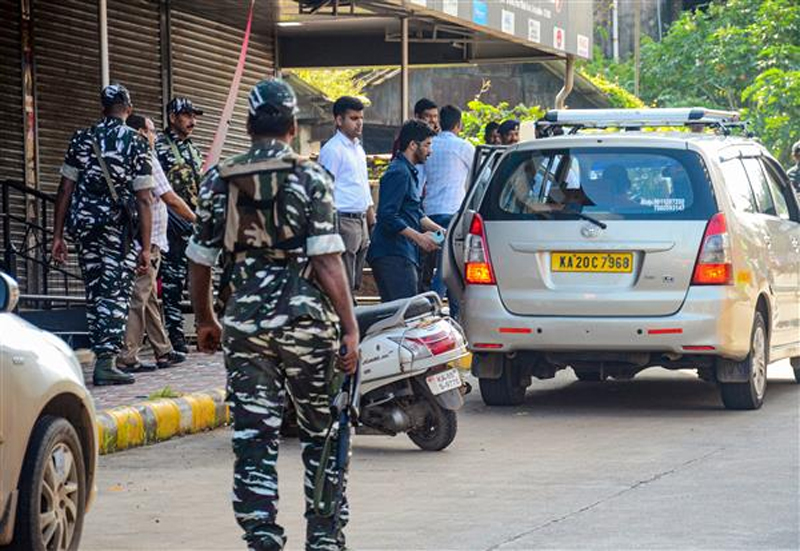 NEW DELHI, Sept 22:
In a massive crackdown on the Popular Front of India (PFI), multi-agency teams spearheaded by the NIA arrested 106 leaders and activists of the radical Islamic outfit today in near simultaneous raids in 15 States for allegedly supporting terror activities in the country, officials said.
Kerala, where the PFI has some strong pockets, accounted for the maximum number of 22 arrests with its chairman O M A Salam among those picked up, officials said, adding the countrywide arrests were a result of a “largest ever” investigation process against the outfit “till date”.
The raids by the National Investigation Agency(NIA), the Enforcement Directorate (ED) and the police forces of the states concerned were spread across 93 locations in 15 states–Kerala, Tamil Nadu, Karnataka, Andhra Pradesh, Telangana, Uttar Pradesh, Rajasthan, Delhi, Assam, Madhya Pradesh, Maharashtra, Goa, West Bengal, Bihar and Manipur, officials said.
Maharashtra and Karnataka accounted for 20 arrests each, Tamil Nadu (10), Assam (9), Uttar Pradesh (8), Andhra Pradesh (5), Madhya Pradesh (4), Puducherry and Delhi (3 each) and Rajasthan (2), they said.
The raids began at 3:30 am and involved a total of 300 NIA officials from its various offices across the country, they added.
The raids sparked an angry response from the PFI which called for a dawn-to-dusk hartal in Kerala on Friday and termed the arrest of its leaders as a part of “state-sponsored terrorism”. (PTI)