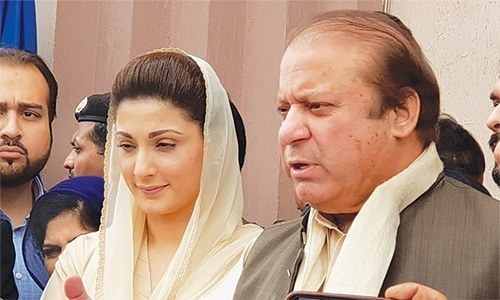 LAHORE: Pakistan’s anti-corruption body has initiated another investigation against jailed former Prime Minister Nawaz Sharif and his daughter Maryam for their alleged involvement in money laundering and having income beyond means, media reports said Saturday.

The development came a day after an anti-corruption court dismissed a plea filed against the 45-year-old vice president of Pakistan Muslim League Nawaz (PML-N) for submitting a fake document in the high-profile Avenfield Apartments case.

Sharif, 69, is serving a seven-year prison term at the Kot Lakhpat Jail in Lahore since December 24, 2018 in the Al-Azizia case.