LAHORE, May 21: A Pakistani court in Lahore on Saturday extended pre-arrest bail of Prime Minister Shehbaz Sharif and his son and Punjab Chief Minister Hamza Shehbaz till May 28, while it issued arrest warrant for his other son Shehbaz Suleman in the ₹14 billion money laundering case.
Mr. Sharif appeared before the Federal Investigation Agency (FIA) special court in Lahore for the first time since he assumed the charge of the top office. In previous two hearings, he had sought exemption from appearance.
“Presiding Judge of the Special Court Ijaz Awan turned down the request of Shehbaz and Hamza’s counsel for confirming their bails. However, he extended their pre-arrest bail till next hearing on May 28,” a court official said.
The judge allowed Mr. Sharif to speak on his case.
Mr. Sharif said the UK’s National Crime Agency (NCA) had conducted an investigation into money laundering allegations against him and his family members for two years but could not find even one rupee of corruption.
“All the cases against me are political,” he said, and added that he had served as the Chief Minister for 10 years in Punjab province but had never taken salary.
“My salary would be ₹10 million but I did not take it. I also went on official tours using my own money. I saved the nation billions of rupees in development projects,” he said.
The Prime Minister further said the cases against him are part of a witch-hunt by the previous government led by Prime Minister Imran Khan. Mr. Sharif and his sons – Hamza and Suleman – were booked by the FIA in November 2020 under various sections of the Prevention of Corruption Act and Anti Money Laundering Act. Suleman has been in the U.K. for the last three years, evading arrest.
The FIA investigation has detected 28 benami accounts, allegedly of the Shehbaz family, through which an amount to the tune of ₹14 billion was laundered from 2008 until 2018.
The FIA examined the money trail of 17,000 credit transactions and the amount was kept in “hidden accounts” and allegedly given to Mr. Sharif in his personal capacity. (Agencies) 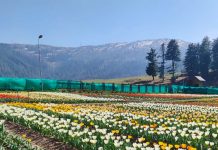 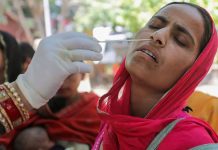