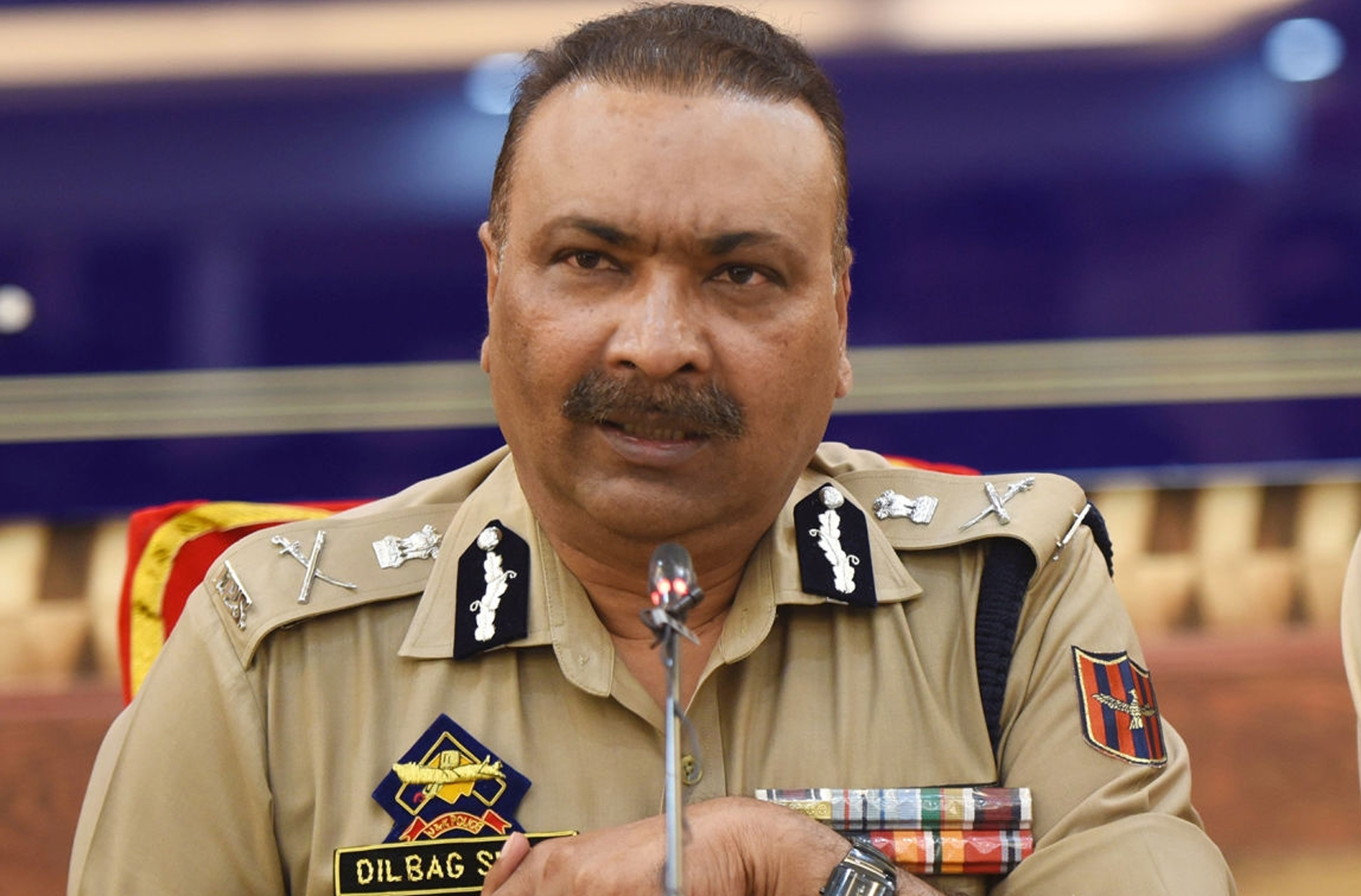 Jammu, Dec 11: Pakistan is trying to involve Jammu and Kashmir youths in the drug menace as they did in Punjab after their other nefarious designs failed, J&K Director General of Police Dilbag Singh said on Friday.
The police chief asked officers to strengthen the intelligence grid and ensure input-sharing for rapid action by the forces.
He said the twin border districts of Rajouri and Poonch of Jammu have been witnessing terrorist infiltration bids sponsored by the Pakistani authorities.
Many such attempts were thwarted on the border and in the hinterland successfully due to the synergy and close liaison between the Police, Army and other security forces, he added.
“Pakistan is attempting to involve our youths in the drug menace as they did in Punjab after their other nefarious designs failed,” he said.
Mr Singh visited Poonch to review internal and border security arrangements in joint officers’ meetings, a police spokesman said.
During the visit, the DGP was given a detailed presentation by senior officers on the security measures put in place along the Line of Control to foil attempts by Pakistani agencies to push in terrorists, the spokesman said.
“Pakistani agencies are indulging in narcotics and weapon smuggling and transportation of cash across the LoC for funding terrorist activities. Many of such consignments have been interrupted by the JKP and the security forces deployed in the area,” he said.
He emphasised strengthening of Naka points on Mugal road and also on national highway to keep check on transportation of drugs, weapons and other criminal activities.
The DGP stressed for stepping up operations to “check the movement of criminals and terrorists and other suspicious elements”.
The DGP said that police -public meetings especially in border villages should be conducted on a regular basis.
He said that people’s cooperation in the fight against narco-terrorism and other crimes is a must. (Agencies)