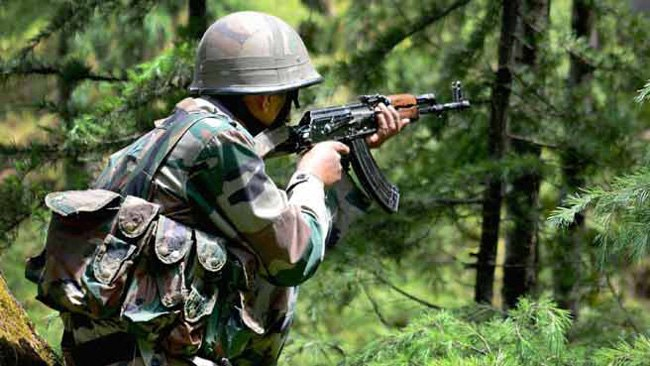 Excelsior Correspondent
JAMMU, Oct 15: Pakistan army today again violated ceasefire along the Line of Control (LoC) in Krishna Ghati sector of Poonch district by resorting to firing with automatic and semi-automatic weapons targeting forward posts of the Indian troops.
Reports said Pakistan army started firing in forward areas of Krishna Ghati sector at 6.45 pm. The Indian side retaliated, leading to exchanges.
However, there were no reports of any casualties or damage on the Indian side. Reports of damage on Pakistan side couldn’t be ascertained immediately.
Yesterday also, Pakistan had violated ceasefire on the LoC in Digwar sector of Poonch district.
Sources didn’t rule out possibility of Pakistan army trying to infiltrate militants into the Indian side from the LoC under covering fire. However, troops were maintaining high alert on the LoC to thwart infiltration attempts by the militants.