Fayaz Bukhari
SRINAGAR, Feb 19: A woman was injured after Pakistani troops violated ceasefire in Uri sector of North Kashmir this afternoon while Indian troops destroyed a Pakistani bunker in retaliation.
Sources said that Pakistani troops targeted Indian posts of 17 Jaat Regiment along LoC at Pika Post in Churanda area of Uri at 5.15 p.m. “The Indian troops fired back and one Pakistani bunker was destroyed in the firing and there are some casualties”, they said.
A woman identified as Zulekha Begam wife of Jamaludin Khatana of Churnada was injured in the Pakistani firing. She was removed to hospital for treatment and her condition is said to be stable.
The intermittent firing is going on. Churanda is the most vulnerable village in Uri sector as the population in this village is upto zero line and whenever there is firing in the area, the civilians become the target.
Meanwhile, Srinagar based Defence spokesperson Colonel Rajesh Kalia told Excelsior that Pakistani troops resorted to unprovoked ceasefire violation in Uri sector at 17:15 hours. “Own troops retaliated appropriately, unconfirmed reports indicate causality on Pak troops”, the spokesperson said
He said that Pakistani posts are now targeting civilian population in Churanda village near Line of Control.
And security forces today launched cordon and search operation at Nuli Poshwari in Imam Sahib area of Shopian in South Kashmir after inputs about presence of militants in the village.
Army’s 44 RR, SOG of Shopian and CRPF laid a joint cordon around the village but the militants, who were hiding in an orchard, fired at the troops.  Security forces later launched searches in the orchards but militants had fled.
Security forces today busted a militant hideout on Kupwara district of North Kashmir and recovered arms and ammunition.
Senior Superintendent of Police (SSP) Shamsher Hussain said that based on a specific inputs a joint operation was launched by SOG Kupwara, 41 RR of arm and 98 Battalion of CRPF last night in  Lashtiyal village  and its adjoining forest area.
He said that during intensive search of the area a militant hideout was busted in dense forest area. He said that this afternoon arms, ammunition and other items were recovered. They include six hand grenades, one Chinese pistol, 15 rounds of pistol, 2 pistol magazines, 335 AK rounds, 3 UBGL shells, 2 kgs IED, one power protein box, two IED spray, 7 detonators, 3 pherans and one blanket.
He said that a case (FIR No 29/2018 U/S 7/25 Indian Arms Act) has been registered at Police Station Kupwara and Investigations are in progress.
In the meantime, security forces busted another militant hideout in Tral area of Pulwama district today. A Police official said that cordon and search was launched at Nagwadi Pinglish forests area of Tral  by SOG Tral, 42RR  of Army and CRPF and busted a hideout. He said that some utensils and eating items where recovered from the hideout. These include one gas cylinder, one pressure cooker, four steel plates, three pots, 30 kgs of rice, three blankets and three pillows. 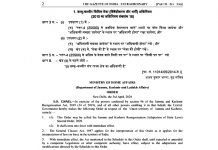 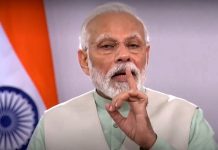 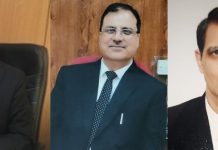 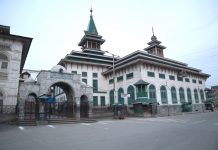 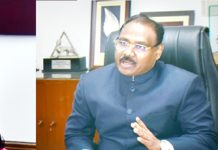 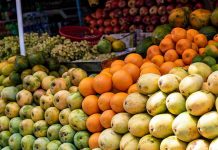 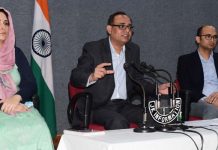 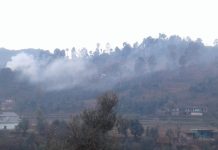