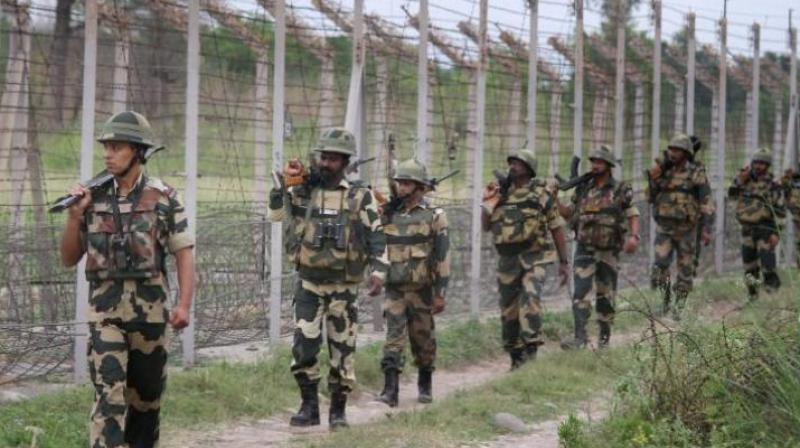 Excelsior Correspondent
JAMMU, June 11: Defence Minister Rajnath Singh today paid tributes to an Army soldier who attained martyrdom yesterday in Pakistan army’s shelling at Shahpur sector on the Line of Control (LoC) in Poonch district while the Rangers violated ceasefire on the International Border (IB) in Hiranagar sector of Kathua district this afternoon.
“I salute India’s brave son and soldier, Lance Naik Mohammad Jawed who made the supreme sacrifice while serving the nation. His gallant deeds and devotion to duty will never be forgotten. We stand in solidarity with his bereaved family,” Rajnath said in a tweet after paying tributes to Jawed.
Jawed, a resident of Khagaria, Bihar was martyred in Pakistan shelling and firing on the LoC in Shahpur sector of Poonch district yesterday.
Meanwhile, Pakistani Rangers opened unprovoked intermittent firing with small arms on the IB in Hiranagar sector of Kathua district at about 4 pm today.
The BSF retaliated firing which was confined to a limited stretch in Hiranagar sector.
No casualties or damage was reported on the Indian side, report said, adding the firing stopped after some time.