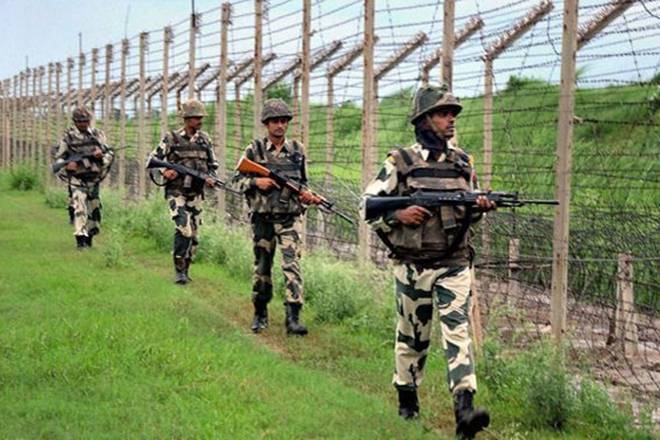 NEW DELHI/BHUJ, Mar 26:
A Pakistani national was apprehended by the BSF along the Indo-Pak International Border (IB) in Gujarat, officials said Tuesday.
They said Muhammad Ali (35), who was speaking Sindhi, was apprehended by a Border Security Force (BSF) patrol from the ‘Kumar’ border post, at border pillar number 1015, in the frontier district of Banaskantha on Monday evening.
Officials said he was trying to enter Indian territory when he was apprehended.
He has been brought to Balasar police station in Kutch district for further interrogation, officials said, adding that nothing substantial had been found in his possession.
This is the second instance in March of the BSF nabbing a Pakistani national while trying to enter India. On March 6, a 30-year-old Pakistani national was caught near border pillar number 1050 by Border Security Force personnel. (PTI)