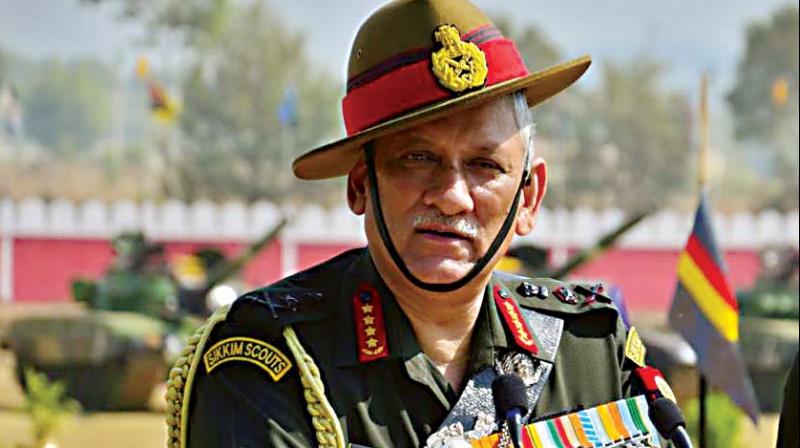 Rise in movement of militants in PoK

Excelsior Correspondent
JAMMU, Aug 27: Significant increase in movement of militants has been reported from Pakistan occupied Kashmir (PoK) areas like Kotli, Rawlakote, Bagh and Muzaffarabad, which were located close to the Line of Control (LoC) while Army chief Gen Bipin Rawat said today that Pakistan army could instigate violence in Jammu and Kashmir.
Reports said Pakistan army has also deployed over 100 Special Services Group (SSG) commandos along the LoC in Jammu and Kashmir with a view to either cause terror act or facilitate infiltration attempts by the militants.
“Islamabad has put the Pakistan army on a “precautionary deployment,” along the LoC. Terror outfits are headless because of a sustained counter insurgency operations by the Army, J&K Police and the para-military in Kashmir. In such a situation, Pakistan is desperately trying to push in trained and hardened terrorists to provide leadership to these groups,” reports said.
According to them, a significant rise in movement of militants has been reported from Kotli, Rawlakote, Bagh and Muzaffarabad areas of Pakistan occupied Kashmir. Few associated of Jaish-e-Mohammed supreme Masood Azhar were also camping in PoK to look after preparations of militants on the LoC, the reports said.
“Several terror launch pads along the LoC – emptied after the February 26 airstrikes by the Indian Air Force (IAF)-are active again. Indian Army formations along the LoC are expecting “desperate” bids to infiltrate the border. Formations are also expecting “large group” of militants trying to infiltrate, reports said.
The Army has so far thwarted at least a dozen of infiltration attempts along the LoC.
Meanwhile, Chief of Army Staff (COAS) Gen Bipin Rawat told a national newspaper that the Indian Army expects Pakistan to instigate violence in the Jammu and Kashmir (J&K) to internationalize the issue
“From the rhetoric and false information campaign launched by Pakistan, it is evident they are likely to create a situation to instigate violence,” he said, adding that the violence will then be used to project internationally, the narrative that the people of J&K are protesting against the removal of special status to the region.
Since August 5, Pakistan has launched a vicious “information warfare” campaign in the cyber domain. In the last fortnight alone, several fake social media posts have tried to create unrest in the Valley.
“We must gradually allow the people to appreciate the benefits that will accrue to them with the actions that were taken by the Government. Curbs on social media will prevent the spread of disinformation and therefore our actions should be calibrated,” General Rawat said.
The Indian Army believes that preventing loss of life in J&K should be a priority.
“The situation in J&K and the Valley, in particular, must be managed to avoid loss of innocent lives,” General Rawat added.
On August 5, the Modi Government had scrapped special Constitutional provisions of Jammu and Kashmir and divided the State into two separate Union Territories. The Union Territories of Jammu and Kashmir and the Union Territory of Ladakh will come into being from October 31.
Sources said Indian Army has been maintaining very high alert all along the Line of Control in Jammu and Kashmir following increased movement of the militants and reports that they could try to infiltrate into this side of the Indian territory for sabotage.