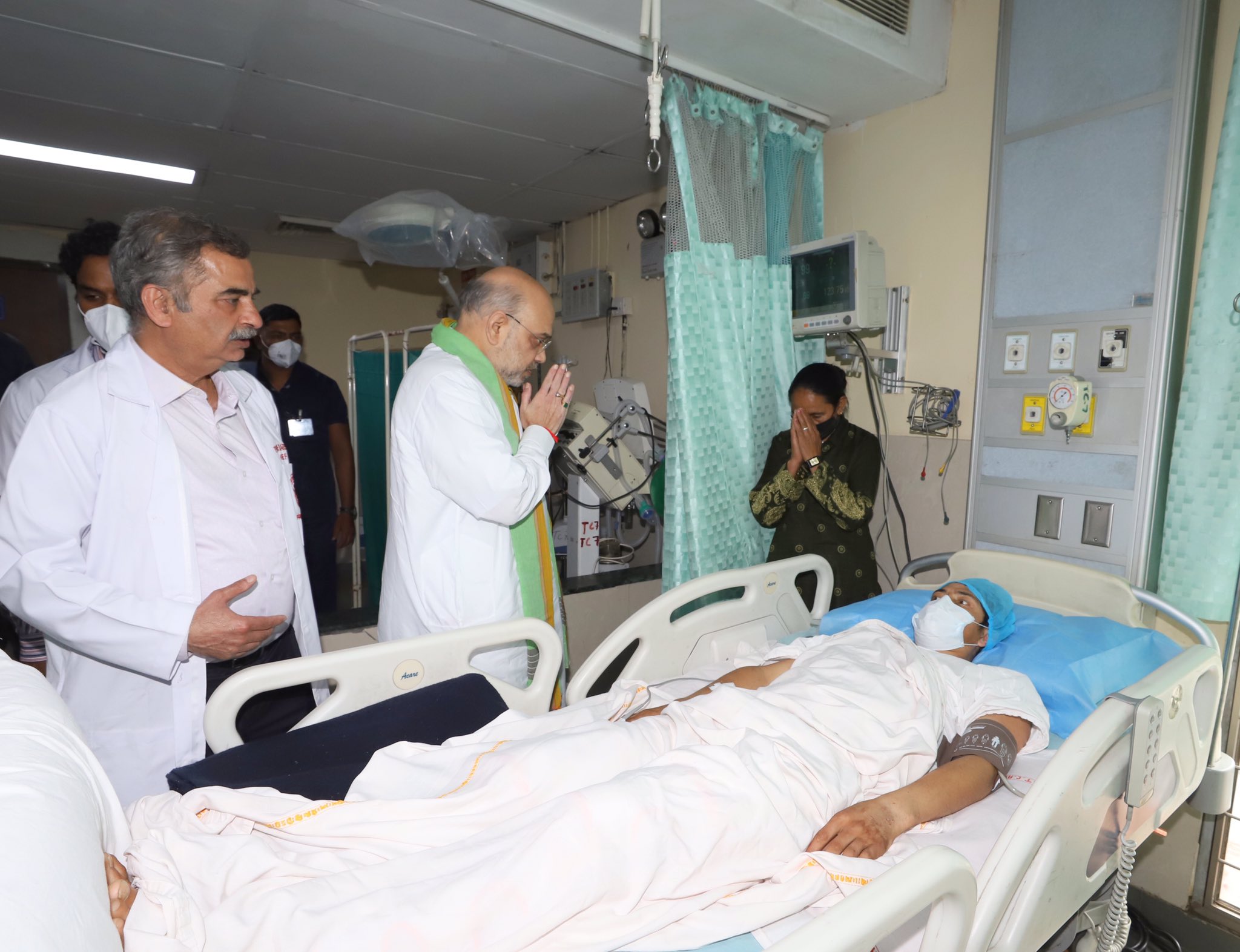 NEW DELHI, Aug 20: Union Home minister Amit Shah on Saturday visited the AIIMS trauma centre in Delhi and took stock of the medical care being provided to three ITBP personnel injured in a road accident while coming back after completing Amarnath Yatra duty in Jammu and Kashmir.
The critically injured Indo-Tibetan Border Police (ITBP) force personnel — constables Balwant Singh, Tsewang Dorje and Bablu Kumar — were brought to the capital from Srinagar on Friday onboard air ambulance for specialised treatment at the premier health facility.
“The Hon’ble home minister was briefed by the doctors about the health condition of the jawans and future medical procedures being followed. Senior officials of ITBP also briefed the him about the health condition of the injured.
“He wished the injured personnel speedy recovery,” a senior ITBP officer said.
Pictures showed Shah standing besides the beds of the jawans and interacting with doctors and senior officers of the paramilitary force.
Seven ITBP personnel were killed while 32 others, including two Jammu and Kashmir Police personnel, were injured when their bus fell into a gorge near Pahalgam in Jammu and Kashmir on August 16.
They were returning to their base after completing the Amarnath Yatra duty.
The border force, primarily tasked to guard the 3,488 km stretch of the Line of Actual Control (LAC) with China, was part of the comprehensive security deployment for the annual 43-day-long Amarnath Yatra that ended on August 11. (Agencies)