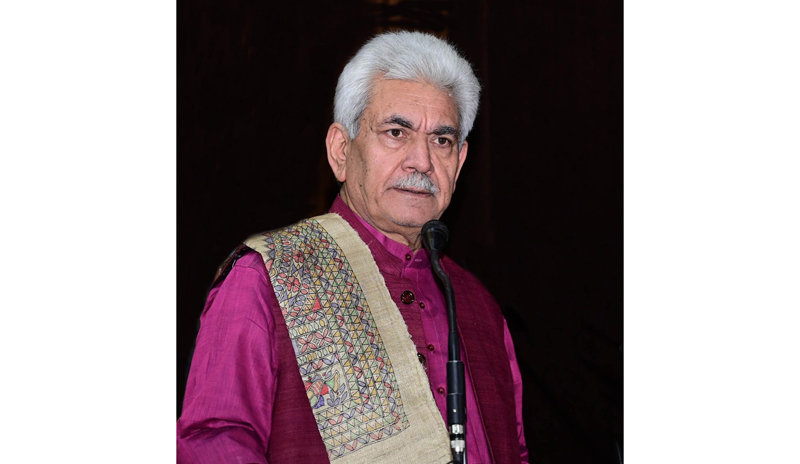 Govt to recover Rs 1800 cr after waiving off interest, surcharge

*Failure to pay any installment to invite legal action

JAMMU, Sept 12: Over 5.50 lakh domestic power consumers across the Union Territory of Jammu and Kashmir will obtain the benefit of Amnesty Scheme approved by the Administrative Council headed by Lieutenant Governor Manoj Sinha few days back. This step will help the Government in making recovery of around Rs 1800 crore that too after waiving off interest and surcharge worth Rs 937 crore.
The decision was taken by the Administrative Council in view of domestic consumers not being able to avail the benefits of last scheme due to spread of COVID-19 pandemic during the scheme period.
As per the order issued by Principal Secretary to the Government, Power Development Department Nitishwar Kumar, sanction has been accorded to waive-off 100% interest/surcharge on outstanding electricity bills in favour of domestic consumers accumulated up to March 31, 2022 subject to certain terms and conditions.
The outstanding principal amount arrears accumulated up to March 31, 2022 after waiving off 100% interest/surcharge in favour of domestic consumers shall be paid in a maximum of 12 monthly installments starting from today.
The Distribution Companies (DISCOMs) will evaluate/segregate the due principal amount and interest/surcharge to be waived off in a printed form on the bills of domestic consumers availing the Amnesty before its delivery. With this step, the Government is estimated to recover Rs 1800 crore after waiving off interest/surcharge to the tune of Rs 937 crore, officials said, adding a detailed exercise in this regard has already been conducted by the Power Development Department in both the divisions of Jammu and Kashmir Union Territory.
“The failure of payment of any installment/installments within the prescribed 12 months period will invite penalty and legal action under Electricity Act, 2003 in addition to the accrual of compound interest on the outstanding dues”, the Government said, adding “the benefits of scheme shall be availed by way of paying of installments in the prescribed period of 12 months after segregation of outstanding dues from the current bills. However, the current bills will be paid separately and regularly without any fail”.
It has been made clear by the Government that the consumers who fail to pay the current bill simultaneously with the payment of monthly outstanding installments shall forfeit the benefits of the Amnesty Scheme besides disconnection of power supply.
“Moreover, the eligible consumers who fail to avail the Amnesty Scheme and don’t pay the outstanding dues shall invite penalty and legal action besides disconnection of power supply”, the Government said, adding an independent Project Management Agency will be hired for ensuring efficient implementation of the scheme in terms of General Financial Rules, 2017.
It is pertinent to mention here that Section 56 of the Electricity Act, 2003 states: “Where any person neglects to pay any charge for electricity or any sum other than a charge for electricity due from him to a licensee or the generating company in respect of supply, transmission or distribution or wheeling of electricity to him, the licensee or the generating company may, after giving not less than fifteen clear days’ notice in writing, to such person and without prejudice to his rights to recover such charge or other sum by suit, cut off the supply of electricity and for that purpose cut or disconnect any electric supply line or other works being the property of such licensee or the generating company through which electricity may have been supplied, transmitted, distributed or wheeled”.
The Sub-Section 6 of Section 127 of the Act states: “When a person defaults in making payment of assessed amount, he, in addition to the assessed amount shall be liable to pay an amount of interest at the rate of sixteen per cent, per annum compounded every six months”.