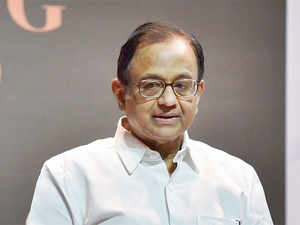 NEW DELHI, Nov 9:
Senior Congress leader P Chidambaram on Saturday hit out at the Government withdrawing the SPG cover of Congress chief Sonia Gandhi, her son Rahul Gandhi and daughter Priyanka Gandhi Vadra, saying the step is an “outrageous and mad decision”.
The Government has withdrawn the Special Protection Group (SPG) cover of the Gandhis, and they will now be given Z-plus security by the CRPF, officials said on Friday.
Former home minister Chidambaram, in a tweet posted by his family on his behalf, said: “The Government’s decision to withdraw SPG protection for the Gandhis is an outrageous and mad decision. It is said ‘Those who the gods wish to destroy, they first make them mad’.”
Chidambaram is in jail for alleged corruption in the INX Media case.
The Congress on Friday had alleged that the Government was endangering the lives of Sonia Gandhi, Rahul Gandhi and Priyanka Gandhi by withdrawing their SPG cover and the decision showed the BJP leadership was “blinded by personal hatred and political vendetta”. (PTI)