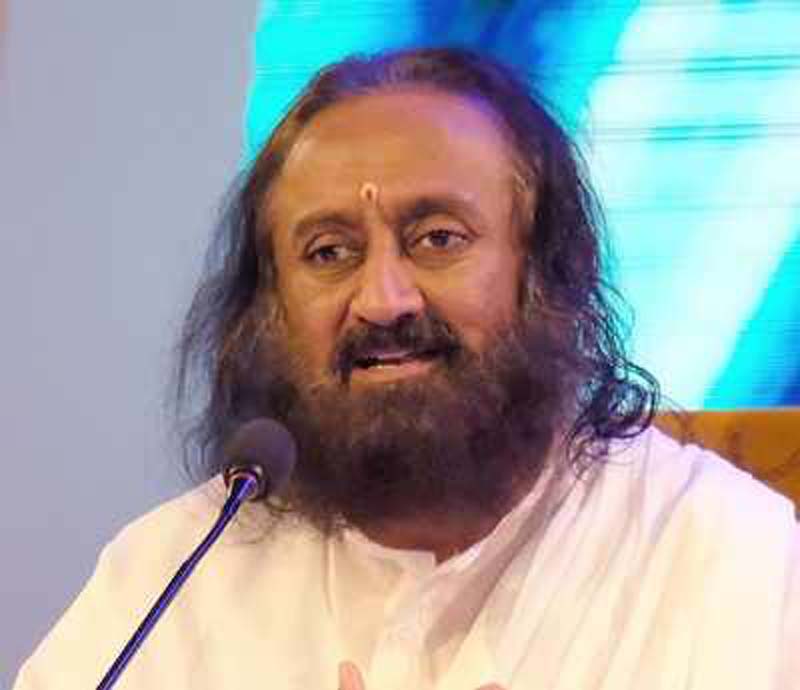 NEW DELHI, Nov 9:
Spiritual leader Sri Sri Ravishankar, who was part of a three-member mediation panel in the Ram Janmbhoomi-Babri Masjid title suit, on Saturday described the Supreme Court verdict on the matter as “historic” and said it has brought “joy and relief” to people of both the communities from a long-standing dispute.
In an unanimous verdict, the Supreme Court on Saturday paved the way for the construction of a Ram Temple at the disputed site at Ayodhya, and directed the Centre to allot an alternative 5-acre plot to the Sunni Waqf Board for building a new mosque at a “prominent” place in the holy town in Uttar Pradesh.
In one of the most important and most anticipated judgements in India’s history, a 5-judge Constitution bench headed by Chief Justice Ranjan Gogoi put an end to the more than a century old dispute that has torn the social fabric of the nation.
Ravishankar told reporters that he “wholeheartedly” welcomes the judgement of the Supreme Court and the case which had been going on for long has finally reached a conclusion. He urged people to maintain peace and harmony in the society.
“I wholeheartedly welcome the historic judgment of the Hon. Supreme Court. This has brought joy and relief to people of both communities from a long-standing dispute,” he said in a tweet.
The apex court first appointed a three-member mediation panel, comprising Justice FMI Kallifulla, spiritual leader and founder of the Art of Living Foundation Sri Sri Ravishankar and senior advocate and renowned mediator Sriram Panchu.
But when the SC was told that the four-month-long mediation proceedings did not result in any final settlement, it decided to take up the matter in marathon hearings.
Yoga guru Ramdev also hailed the apex court’s judgement and said the “we should set an example of unity in front of the world”.
“Hindu brothers should set an example by helping Muslim brothers in construction of mosque,” he told reporters.
He further said no celebrations should be held which would hurt the sentiments of anyone.
BJP leader Subramanian Swamy said that Ashok Singhal, former international working president of Vishva Hindu Parishad and in-charge of the Ayodhya Ram Janmabhoomi movement, should be conferred with Bharat Ratna.
“At this hour of victory let us remember Shri Ashok Singhal. Namo Govt must immediately announce Bharat Ratna for him,” he said in a tweet.
“Only when Lord Rama wanted, the green light for re-building the temple is being given. Jai Shri Ram,” he said in another tweet. (PTI)