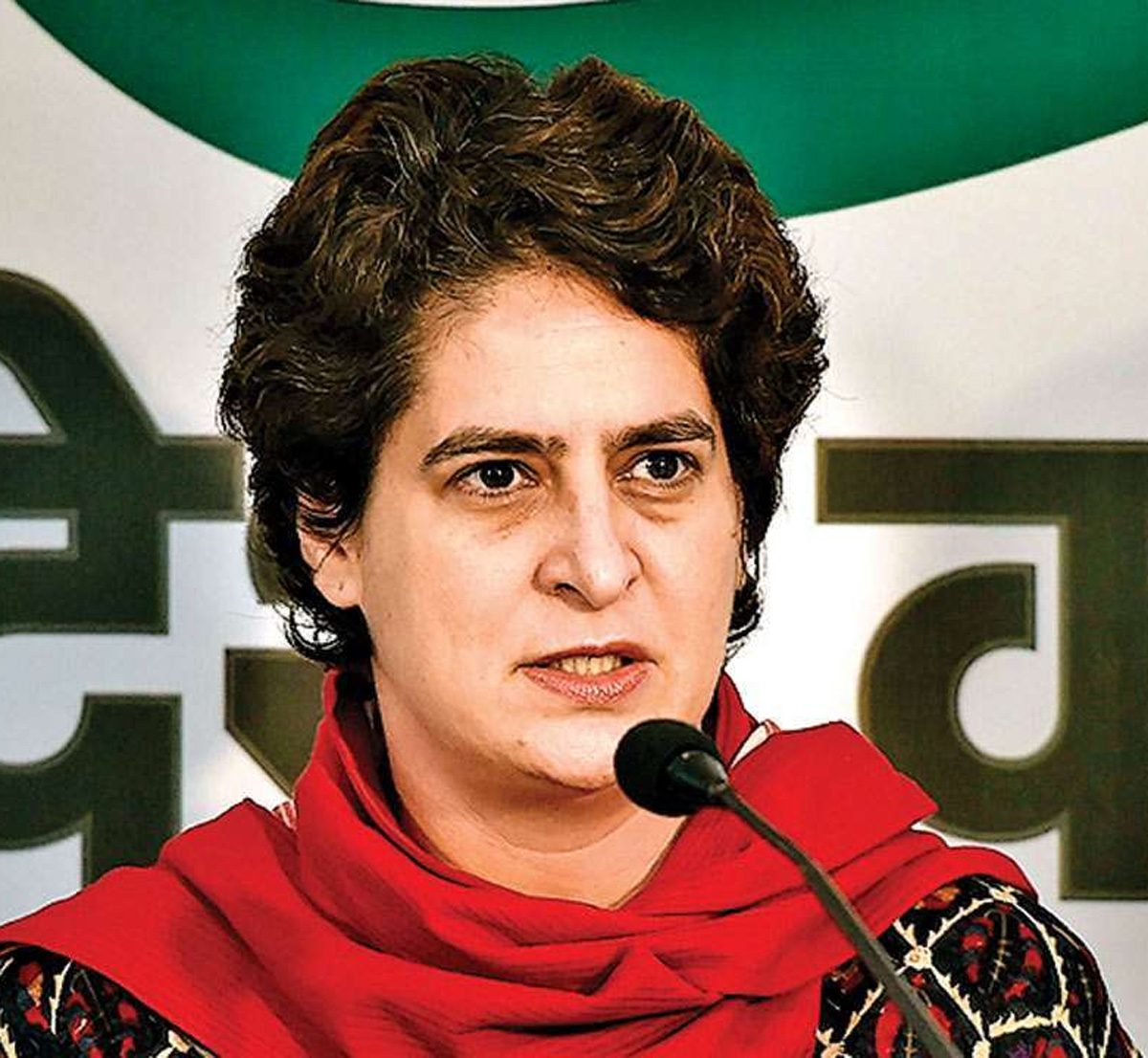 RAE BARELI (UP), Dec 19: Congress general secretary Priyanka Gandhi Vadra Sunday accused rival parties of ignoring women, saying they started talking about women only after her party gave the slogan of ‘Ladki Hoon Lad Sakti Hoon (I am a girl and I can fight)’.
Addressing the ‘Ladki Hoon Lad Sakti Hoon — Shakti Samvaad’ organised here under the party’s women empowerment campaign, she said the Congress’ “one small initiative has awakened all the political parties”.
The Congress has announced it will give 40 per cent of tickets to women candidates in the upcoming Uttar Pradesh polls. ‘Ladki Hoon Lad Sakti Hoon is one of the slogans it has given to underscore women power.
“The impact of my initiative was so much that now all political parties are talking about women,” Vadra told the event. “Day after tomorrow, the prime minister is going to hold a public meeting in which only women have been invited. Now, all the political parties have started speaking about women.”
She also took a dig at Prime Minister Narendra Modi and the elaborate arrangements at his rally venue, and for using tele-prompter.
“The programme venues of the prime minister fully resemble a film set and they are organised in that manner. The prime minister reads prominent (Sanskrit) shlokas, and everyone feels he knows them. But, there is a tele-prompter from which he reads.”
She also accused the prime minister of “selling” government properties to his “capitalist friends”.
“It seems Modiji has realised for the first time in his political life that he has do something for women else he will not get their votes. Hence, a large meeting is going to take place and women will be brought in buses. All of them will be wearing yellow sarees, and the prime minister will deliver his speech.”
Talking about her party, she said she has “strengthened” the Congress here. “Tell me which is the party in Uttar Pradesh whose 18,000 workers have gone to jail in the past one-and-half years? It is the Congress.”
She also called on the women to unite to change the course of the country’s politics. “You give us strength, we will give you strength. Once we stand up together to fight, then nobody will be able to stop us.”
“The politics which is currently going on, the leaders make big announcements at the time of elections, and forget them once the elections are over. The politics of communalism and casteism…we should engage in politics of development and politics of the future,” she said.
“If we want to bring a change, we have to unite. We have to tell (everyone) what does half the population of the country means. Why is it that no one is taking us seriously in politics?” she told the women.
Referring to the women’s manifesto of the party, she said the Congress wants to make women realise their strength.
“We have made this Shakti Vidhan — the manifesto for women, and it contains various plans, which the party wants to implement for the women, and empower you,” she said.
She also accused the Yogi Adityanath government of harassing the women, and referred to the Hathras incident in which a 19-year-old Dalit woman was allegedly raped by four upper-caste men in September. She died on September 29 at Delhi’s Safdarjung Hospital during treatment.
On the alleged suicides of farmers in Lalitpur, she said if the farmers kill themselves, the burden is borne by the women especially his widow and daughters. “This has been seen repeatedly, and the women are facing atrocities.”
The Congress general secretary said that she and her party stand with the girls, and together they will bring a change. (PTI)