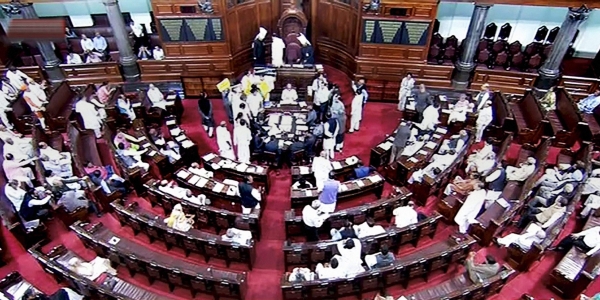 NEW DELHI: Opposition members of Rajya Sabha will chair five of the eight Department Related Standing Committees (DRSCs) of the upper house which were approved by Chairman M Venkaiah Naidu.

Of the eight committees, the ruling BJP gets chairpersonship of three committees.

The opposition had headed four committees during the past two years.

Naidu also approved nomination of Rajya Sabha members on the 16 DRSCs of Lok Sabha. Constitution and chairpersons of the 16 DRSCs serviced by Lok Sabha were approved by Speaker Om Birla.

Of the committees of Rajya Sabha, Congress member Anand Sharma will head the DRSC on Home Affairs while his party colleague Jairam Ramesh will chair the Committee on Science, Technology, Environment & Forests. (AGENCIES)