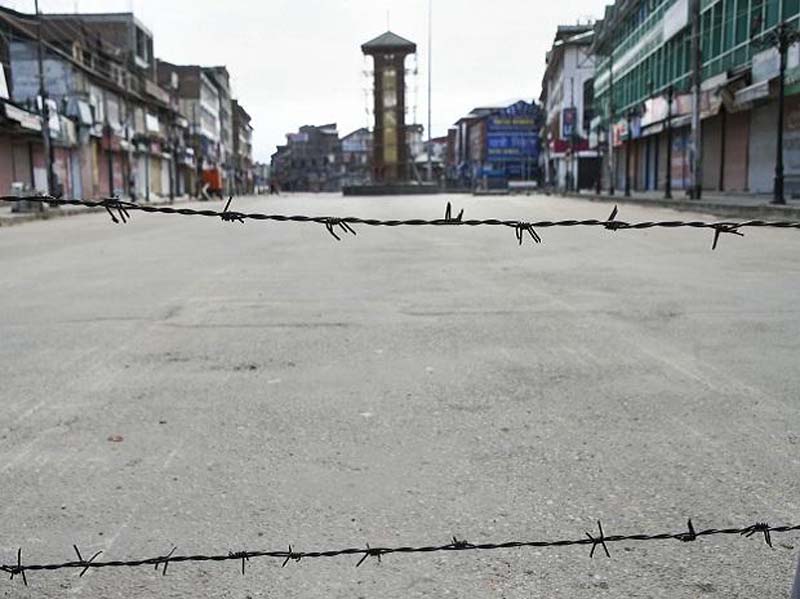 Excelsior Correspondent/PTI
NEW DELHI/JAMMU, Aug 23: Leaders of various opposition parties will visit Srinagar today to meet people of Jammu and Kashmir where restrictions are imposed after the Centre withdrew special status to the state and bifurcated it into two Union Territories.
According to sources, among some of the parties that will be part of the opposition all-party delegation are Congress, CPI-M, CPI, RJD, NCP, TMC and DMK and Rahul Gandhi is likely to accompany them.
The sources said top Congress leaders who will visit Srinagar are Ghulam Nabi Azad and Anand Sharma.
CPI-M’s Sitaram Yechury, CPI’s D Raja, DMK’s Tiruchi Siva, RJD’s Manoj Jha and Dinesh Trivedi from NCP will also be part of the delegation.
Senior Congress leaders were huddled in a meeting today evening to discuss the issue within the party.
The sources said the leaders also intend to visit some other parts of the state, if allowed to enter.
So far, the government has not allowed any political leader to enter the State ever since provisions of Article 370 were abrogated by the Centre.
Leaders of regional parties, including former Chief Ministers Farooq Abdullah, Omar Abdullah and Mehbooba Mufti, have been put under house arrest. Congress MP Azad was not allowed to enter the state and was stopped twice, both at Srinagar and Jammu.
Earlier, Raja was also stopped at Srinagar airport and sent back.
Rahul Gandhi has been wanting to visit the state and had asked Governor Satya Pal Malik to allow him.
Meanwhile, the State Government today asserted that attempts shouldn’t be made by senior political leaders to disturb gradual restoration of normal life in Jammu and Kashmir.
Without referring to the proposed visit of senior political leaders to Srinagar tomorrow, a Government spokesman urged the politicians to cooperate and not visit Srinagar as they would be putting other people to inconveniences.
“They (the political leaders) will also be violating restrictions that are still in place in many areas. Senior leaders should understand that top priority would be given to maintaining peace, order and preventing loss of human lives,” the spokesman said.
He said at this time the Government is trying to protect the people of Jammu and Kashmir from the threat of cross border terrorism and attacks by militants and separatists and gradually trying to restore public order by controlling miscreants and mischief mongers.