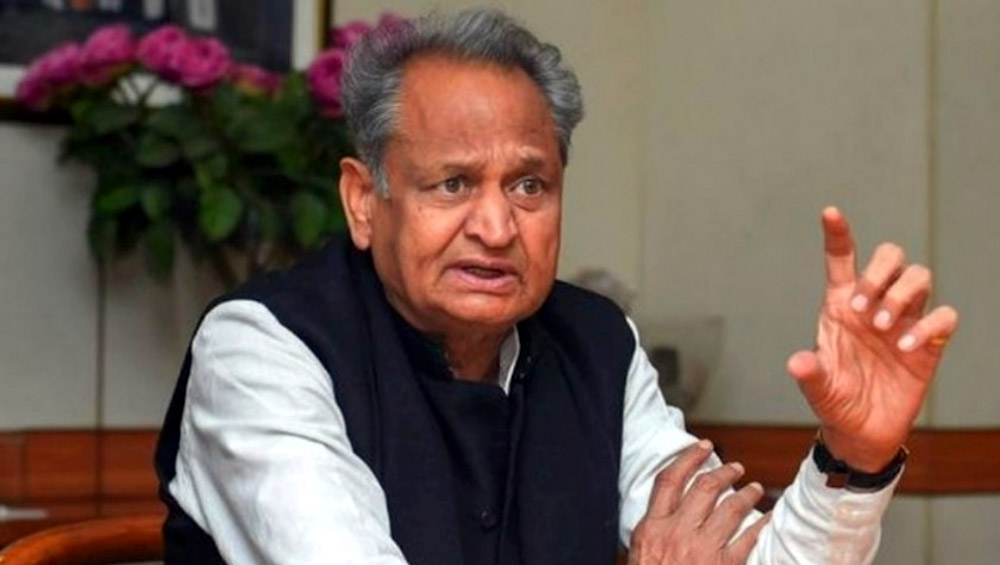 JAIPUR, Sep 25:  Rajasthan Chief Minister Ashok Gehlot on Sunday said a one-line resolution saying all Congress legislators have full faith in the party president’s decision is likely to be passed during the Legislature Party meeting scheduled to be held this evening.

He said all party leaders will hold a discussion to arrive at a consensus and this has been the Congress’ strength.

“This has been a tradition in the Congress from the beginning that whenever the Legislature Party meeting is held at the time of election or for the selection of a chief minister, a one-line resolution is definitely passed to give all rights to the Congress president. And, I understand this will happen today too,” Gehlot told reporters in Jaisalmer.

“All Congressmen unanimously keep faith on the Congress president, and today also, you will get a glimpse of it. You need not have to think much about ifs and buts,” he said.

Rajasthan Congress in-charge Ajay Maken told reporters in Jaipur that the media will later be briefed about the decision taken during the meeting.

“(Mallikarjun) Kharge ji and I am here to attend the meeting. Whatever action will be taken, you will be informed (afterwards). I cannot tell more than this right now,” Maken said.

Senior leader Kharge said the high command has asked him to meet all the MLAs.

“I have been asked to meet all the MLAs. We will meet them and take their views and we will inform (the media) after that,” he said.

This is the second Congress Legislature Party meeting within a week. The last meeting was held on September 20.

Gehlot became the first person to announce his candidature for the AICC presidential poll on Friday and said former president Rahul Gandhi has told him that no one from the Gandhi family should become the next party chief.

The Chief Minister also said the call on his successor will be taken by Sonia Gandhi and Maken. (PTI)