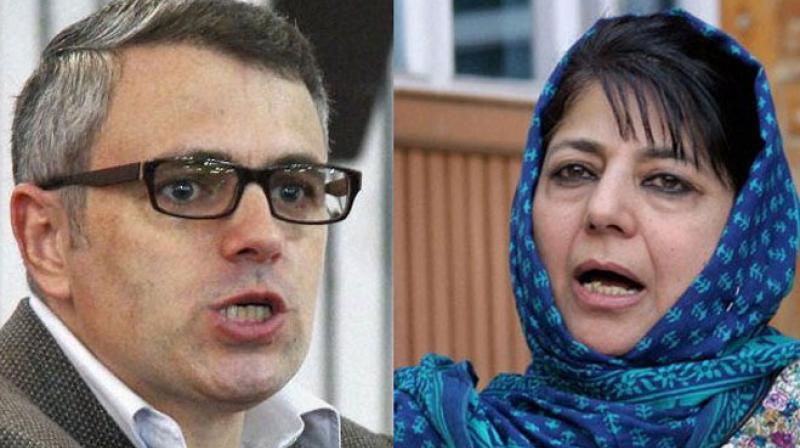 Excelsior Correspondent
Jammu, Nov 27: NC vice-president Omar Abdullah and PDP president Mehbooba Mufti today congratulated Governor Satya Pal Malik for not “looking to Delhi” on Government formation in the State and stopping the installation of a BJP Government.
“My compliments to Governor Malik for not looking to Delhi & for not taking their instructions thereby stopping the installation of a government of the BJP & it’s proxies formed by horse trading, defections & use of money,” Omar wrote on his Twitter handle.
The National Conference leader expressed amusement over the remarks made by Malik in Gwalior the other day.
“I really don’t know what to make of Governor Sb revelations in Gwalior. We know the BJP & it’s proxies were desperate to form a government through horse trading & use of money but we’ve also never known a politically appointed governor going against the wishes of the Centre,” Omar tweeted.
In a tweet Tuesday, Mehbooba Mufti said it was good to see that the governor refused to “take dictation from Delhi”.
“Leaving aside the fax machine fiasco, good to see that Governor Sb refused to take dictation from Delhi, rather opted for dissolution of Assembly. This could be unprecedented, given the story of democracy in the State,” she said.