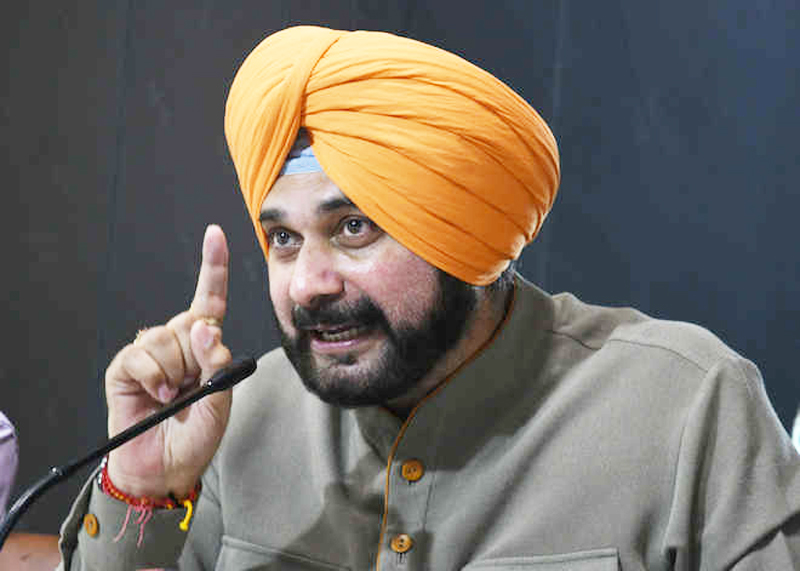 LAHORE, Nov 27: The Karturpur Corridor would promote peace and erase “enmity” between India and Pakistan and create infinite possibilities between them, including the resumption of cricket ties, Punjab Cabinet Minister Navjot Singh Sidhu said today.
Sidhu, who arrived here along with a group of Indian journalists to take part in the groundbreaking ceremony of the Kartarpur Corridor in Narowal, some 120 kms from Lahore, was greeted at the Wagah Border by officials of Pakistan’s Punjab province.
The 4-km-long corridor will connect Dera Baba Nanak in India’s Gurdaspur district with Gurdwara Kartarpur Sahib Narowal in Pakistan. The corridor will provide visa-free access to the Indian Sikh pilgrims to the gurdwara.
Prime Minister Imran Khan will perform the groundbreaking of the corridor on Wednesday.
Sidhu thanked Khan for making this corridor possible which he said will help promote peace between the two countries.
“This will erase enmity between the two nations,” he said.
“The seed Imran Khan had sown three months ago has become a plant. It is a happy moment for the Sikh community that the corridor to reach Kartarpur to get Baba Guru Nanak’s blessing without any hassle,” he told the media.
He said the wait of 73 years is over after the opening of the corridor.
“The Karturpur Corridor will prove to be a path of peace,” Sidhu added.
He termed it as a “corridor of infinite possibilities” and said through such initiatives, peace would be promoted (between the two countries).
“There are numerous artistes and cricketers in both the countries whom everyone loves and there need to be cricket matches between India and Pakistan,” he said.
The former cricketer said the Katarpur Corridor would create infinite possibilities between the two neighbours including the resumption of cricket ties.
“I want to avoid conflicts – religion should not been seen through the lens of politics. There is no rule in the world that prevents religious devotees to visit places of worship,” the former Indian cricketer-turned-politician said.
“I congratulate Pakistan and India for providing the facility to Sikhs after 73 years,” he said.
Responding to a question regarding criticism of his decision to visit Pakistan in August to attend the oath-taking ceremony of Imran Khan, Sidhu said, “I forgive those who criticised me.”
“I have been a fan of Imran Khan since I was a child,” Sidhu said as he joked and recited verses in Punjabi.
“There are many fans of Imran, Wasim Akram and Javed Miandad in India, similarly in Pakistan Shah Rukh and Salman Khan have a huge fan following.”
Kartarpur is located in Shakargarh in Narowal district of Pakistan’s Punjab province. It is said that Guru Nanak Dev, the founder of Sikhism, had spent more than 18 years of his life there. The Kartarpur Sahib Gurdwara is located on the banks of the Ravi River, about three-four kilometres from the border in Pakistan. (PTI)