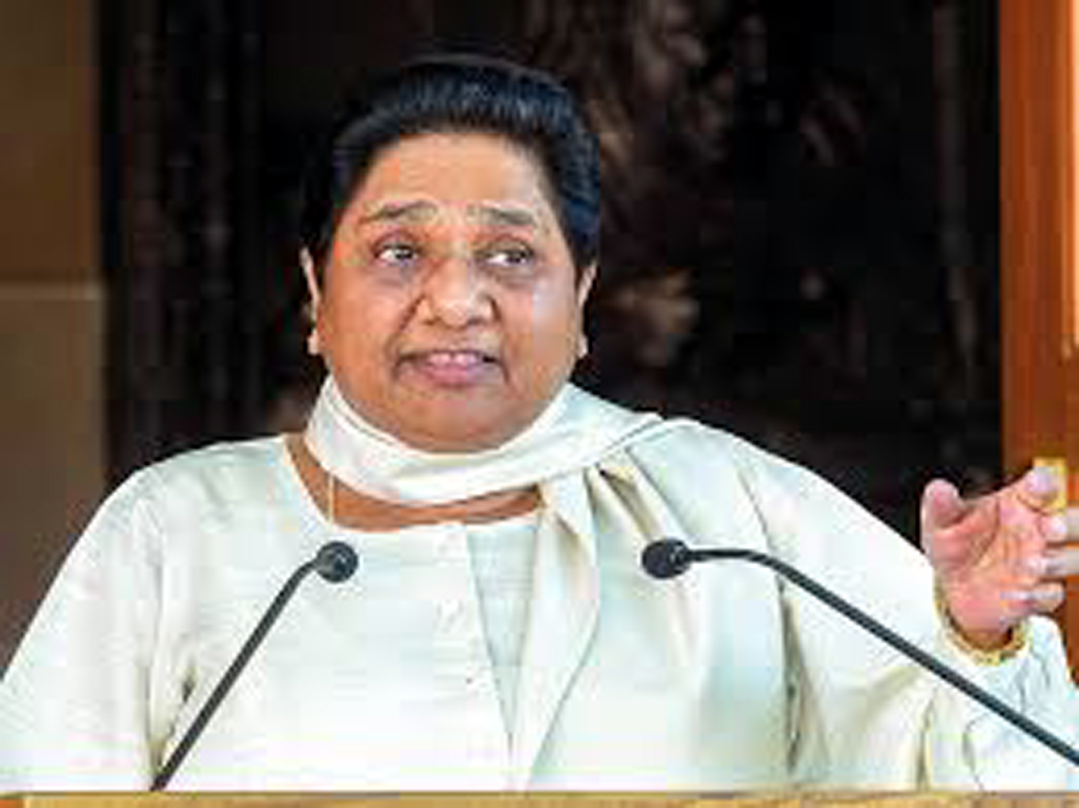 LUCKNOW, July 3: BSP supremo Mayawati Wednesday voiced “serious concern” over members of the ruling party taking law into their hands and said mere rebukes by its leadership once in a while will not change the situation.
“It is a matter of serious concern that people associated with the ruling party are taking law into their hands and spreading anarchy in the country,” Mayawati said in tweet.
“But there has been no improvement in the situation till now due to off and on rebukes by the BJP leadership and there is no guarantee either of it in future,” said the BSP president in her tweet in Hindi.
The BSP supremo’s remarks came a day after Prime Minister Narendra Modi’s stern warning to his party men against instances of arrogance and misbehaviour.
The Prime Minister warning came close on the heels of BJP’s Indore MLA Akash Vijayvargiya hitting a municipal official with a cricket bat.
Modi censured his party’s MLA in presence of his father and party general secretary Kailash Vijayvargiya during a BJP’s parliamentary party meet.
“Manmani nahin chalegi (Arbitrary acts will not do.) Whoever it may be, whoever’s son he may be … such arrogance, misbehaviour cannot be tolerated and action should be taken against them,? Modi reportedly told the meeting, also attended by Kailash Vijayvargiya.
Though the prime minister did not mention any incident, it was believed to be in reference to MLA Vijayvargiya attacking an Indore Municipal Corporation’s anti-encroachment team last week with a cricket bat.
The MLA was subsequently arrested and later released on bail. (PTI)