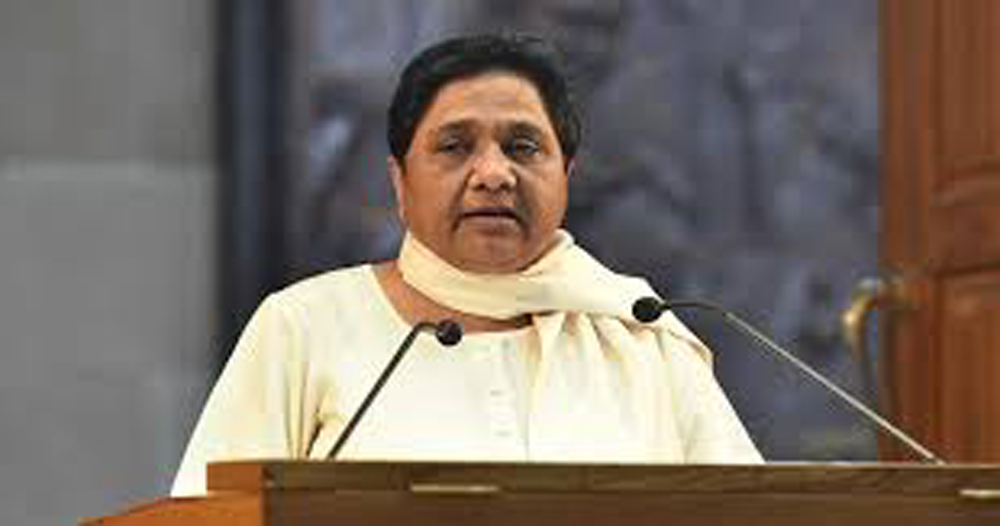 LUCKNOW, Mar 27: Terming the Congress’ minimum income scheme “Garibi Hatao 2.0”, BSP president Mayawati Wednesday backed the BJP’s assessment that it was a “bluff”.
But while taking the dig at the Congress’ pre-poll promise, she also mocked at the BJP, asking it if the ruling party has the sole right to poll bluffs and promises.
“The ruling BJP calling the Congress slogan of Garibi Hatao 2.0 as bluff is true. But is poll bluff and reneging on poll promises the sole domain of the BJP?” Mayawati asked in a tweet.
“In fact the BJP & Congress party are both birds of the same feather in betraying the interests of the poor, labourers farmers & others,” she added.
Mayawati’s comment comes days after the Congress promised a minimum annual wage of Rs 72,000 to 20 percent of the poorest in the country if it is voted to power.
She called Congress’ Nyuntam Aay Yojna (NYAY) “Garibi Hatao 2.0” on the lines of late Indira Gandhi’s slogan of Garibi Hatao during the Emergency in the mid-1970s. (PTI)