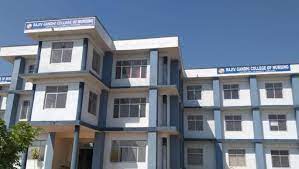 It is said that result of “sprouting of patience is sweet” but when this “patience” is overstretched , the results deservedly must be sweeter. Jammu Region has, therefore, started getting its rightful due, which unfortunately was denied or not provided proportionately to it for decades. Coming to the main issue, it is pertinent to note that a boost to nursing services has been sought tobe given in Jammu by opening as many as seven Government BSc Nursing Colleges during the last two years as against “Nil” prior to that as if this province did not require such services at all. Not only that, the satisfying reports are that two more such Colleges are slated to be not only fully opened but functioning too right from the next year. More of it is in the form of waiving off by the UT Government, a major portion of annual fees payable by the students which now stands reduced from Rs.70000 to just Rs.10000 and that too, right from the current session.
Now, aspiring student candidates shall not have to go outside Jammu in neighbouring states for such courses, studies /training etc involving considerable cost besides other botheration that are usually encountered when away from one’s home.In this connection, the central scheme of ”Development of Nursing Services” was availed of where-under a financial assistance of Rs.60 crore is provided for and the requisite instalments too released meant for each college. No doubt, the initiatives taken and the matter followed up by J&K Health and Medical Education Department and that too on fast track basis, this all happened resulting in actual functioning of these much required colleges in Jammu province. It is well known that in Government run Hospitals and Primary Health Centres in Jammu province, shortage of nursing staff has been felt for long which expectedly now was going to be properly addressed.