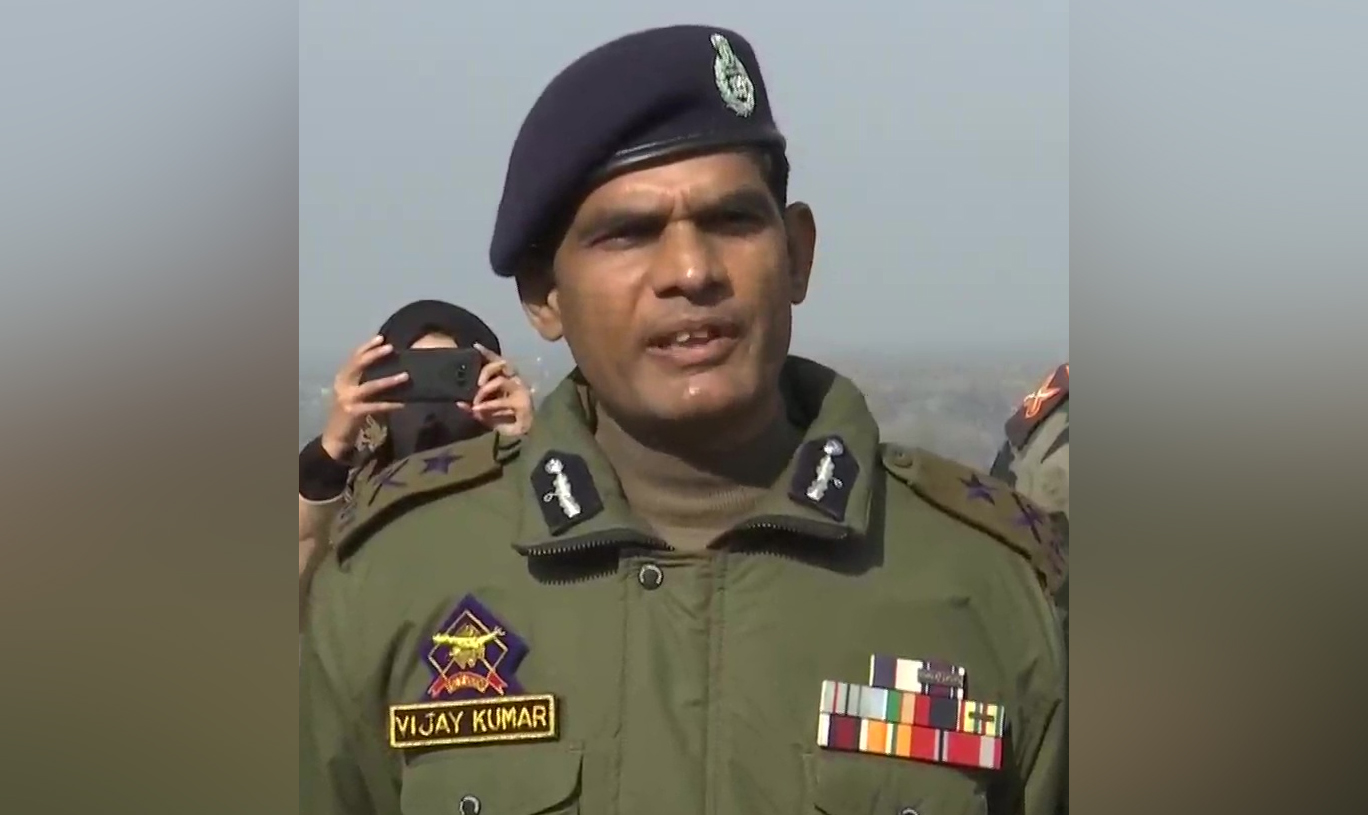 SRINAGAR, Dec 30: For the first time since insurgency broke out in Kashmir, the total number of terrorists active in the valley has fallen below 200 and the recruitment of youngsters by terror outfits has also been kept in check, top security officials said on Thursday.
Addressing a press conference in the Qazigund area of Anantnag district in south Kashmir, Inspector General of Police (IGP), Kashmir, Vijay Kumar and General Officer Commanding (GoC) of the Army’s 15 Corps Lieutenant General D P Pandey said the security situation has improved in the valley.
“Majority of the operations conducted this year were based on human intelligence,” Lt Gen. Pandey said, adding that the number of active terrorists in the valley has come down to 180.
Giving further details, Kumar said this is the first time since insurgency broke out that the total number of active terrorists across Kashmir has fallen below the 200-mark.
“It is also for the first time that the number of local terrorists is below 100 — at 85 or 86,” he said.
Kumar said 128 youngsters have joined the terror ranks so far this year, of whom 73 have been killed in encounters and 16 arrested.
Lt Gen. Pandey said compared to the last two years, the recruitment of youngsters by terror outfits was down in 2021.
“Last year, it was more than 180. It shows that there is an awakening in the civil society. People have realised the futility of taking up violence. They understand what is happening across (the border).
“We should look at it positively. The civil population is helping us neutralise the terrorists and also enabling us to break the cycle of violence…. I am sure we will see greater peace and a lesser number of youngsters coming out to join the terror ranks in the next year or so,” he said.
The GoC said those aged above 20-21 years are not falling prey to the terror outfits’ plans and thus, the latter have started recruiting boys aged 15-16 years.
“Also, the second trend which is coming out is that they (youngsters) are no longer proud of themselves picking up weapons, so they are not declaring their names. Whosoever is joining is hiding his identity,” he added.
“It was very clear and evident during a recent operation, which came into spotlight for various reasons, that all the family members belonging to the OGW network or the local terrorists came out in the open and claimed innocence.
“Today, I feel the society does not want to accept OGWs (overground workers) and terrorists into their houses or in the proximity,” Lt Gen. Pandey said, apparently referring to a recent encounter in Hyderpora, in which the families of the three victims claimed that the slain men were innocent.
Asked about the increase in the number of foreign terrorists killed in encounters, the GoC said the local terrorists are now refusing to carry out operations.
“That is another challenge that they (terror outfits) are facing and therefore, Pakistani terrorists are now coming to the fore to lead operations. As they will emerge from the heights, from the cover and carry out the operations, they will be neutralised,” he added.
Kumar said the foreign terrorists were on the higher ridges of the mountains in the summer months but as the winter has arrived, they have come down to the plains.
“So, a foreign terrorist is killed in almost every encounter, which is good for us,” he said.
On a question about the situation along the Line of Control (LoC), Lt Gen. Pandey said it is absolutely fine and the ceasefire is being honoured.
“People are going about their routine activities, they are pretty happy on either side of the LoC,” he said.
The GoC, however, said the terror launchpads across the border continue to be full and there are inputs of attempts to cross over to the Indian side in the winter as well.
“But I can assure you that we are fully ready for any such eventuality to ensure that no infiltration takes place. If any does take place, we will be neutralising them the way the operations are being conducted in the hinterland,” he said.
The GoC said infiltration “will happen”, but “it has been controlled”.
“This year, the infiltration numbers are far lesser compared to the previous years,” he added. (Agencies)