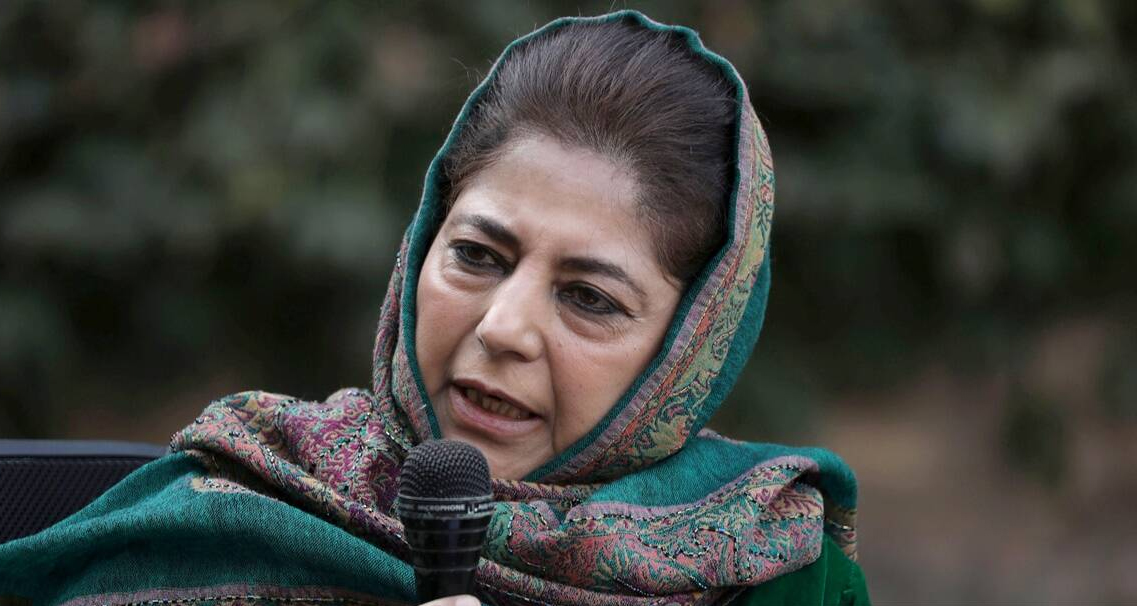 SRINAGAR, Dec 30: “Bullying us into silence by penal action warnings will not work,” PDP president Mehbooba Mufti said on Thursday after the Special Investigation Team probing the Hyderpora encounter threatened legal action against political leaders for making “speculative” statements about the investigation.
A Pakistani terrorist and three other persons were killed in Hyderpora on November 15 and the police had claimed that all the slain men had links to militancy. The families of the three, alleging foul play, had said they were innocent, prompting the police to order the inquiry.
Separately, a magisterial probe was also ordered by Lt Governor Manoj Sinha in the encounter which was one of the rare operations carried out jointly by the army and the Jammu and Kashmir Police within the city limits.
In a tweet, the former Jammu and Kashmir chief minister said, “Remarks on the SIT probe by different political parties isn’t mere speculation. They are grounded in facts. The administration’s aversion & discomfort with truth coming to the fore is well known. Bullying us into silence by ‘penal action’ warnings wont work (sic)”.
In a statement here on Wednesday, the SIT said speculative statements from the political leaders have a tendency to create provocation, rumour, fear and alarm among the general masses or particular section of society.
“This kind of approach is against the rule of law and may attract appropriate penal provisions as envisaged under law,” chairman of the SIT said.
The SIT said the Government had ordered a magisterial probe into the incident and all such persons making statements should have approached the inquiry officer with genuine evidence they have, for corroboration or contradiction.
“The SIT constituted in the instant case is still investigating the matter, all such persons are once again advised to provide any type of evidence if they have regarding the incident so that every aspect of investigation is covered and concluded on merits,” the statement said. (Agencies)