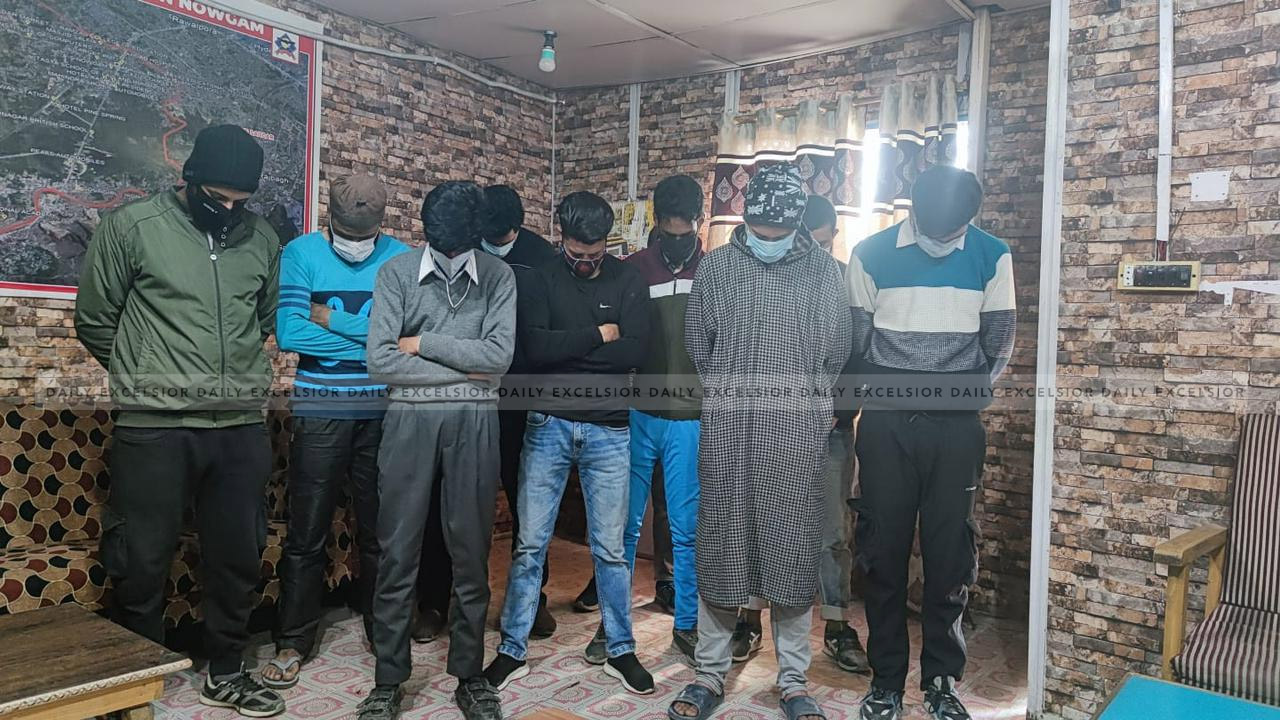 SRINAGAR, Mar 17: The Jammu and Kashmir Police on Thursday arrested several youths allegedly involved in stone pelting near the site of a gun battle between security forces and militants on the outskirts of Srinagar which left three rebels dead.
Three Lashkar-e-Toiba militants allegedly involved in the killing of a Sarpnch were killed in a gun battle at Shankarpora Nowgam area on Wednesday. Soon after the encounter ended, intense clashes broke out.
Stone pelting began when the area was being cleared of explosives, the police said.
Signboards were placed around the site of the encounter while it was being sanitized to dissuade citizens from approaching the site, a police statement said.
However, a large unruly mob consisting of young boys assembled near from adjacent areas carrying lathis and stones and tried to pelt stones… In order to disperse the mob, smoke shells were used, it added.
Some youths were identified from videos and from initial investigation and many of them were picked up, the statement said. Some were arrested. (Agencies)