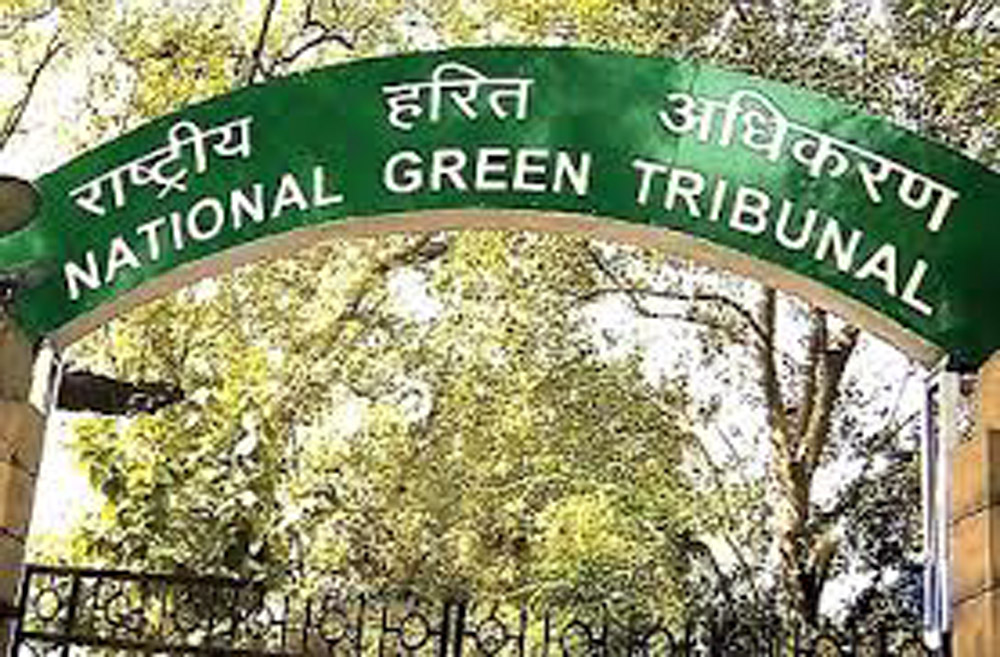 Governor’s Admn all set to implement NGT’s guidelines
Health institutions, Municipal bodies to also face music
Mohinder Verma
JAMMU, Oct 13: In a major development, Governor’s Administration is all set to implement in letter and spirit the detailed guidelines of the National Green Tribunal (NGT) whereby polluters of environment will have to pay hefty compensation. Even Government departments, health institutions and Municipal bodies will not be spared and stern action will be taken against them also.
Official sources told EXCELSIOR that Supreme Court of India vide order dated February 22, 2017 in Paryavaran Suraksha Samiti Versus Union of India had directed that the issue of environment pollution be monitored by the National Green Tribunal.
Accordingly, Tribunal started looking into the issue regarding establishment and functioning of Effluent Treatment Plants (ETPs), Common Effluent Treatment Plants (CETPs) and Sewage Treatment Plants (STPs) so as to check pollution of environment.
On numerous occasions, the Tribunal observed that in the absence of ETPs, CETPs and STPs untreated effluents are discharged in water bodies leading to contamination of water, which then results into various diseases and also adverse consequence on aquatic organism due to decreased level of oxygen.
Finally, the National Green Tribunal decided to levy Environment Compensation under the ‘Polluter Pays Principle’ with the objective of having deterrent impact and to generate funds for initiation of measures to mitigate adverse impact on the environment, sources said, adding the Tribunal has even prepared formulas for working out the compensation for polluting environment through effluents, municipal solid waste and sewage etc.
Pursuant to the directions of the NGT dated February 19, 2019 for levying Environmental Compensation under ‘Polluter Pays Principle’ in Original Application No.593/2017, the Central Pollution Control Board came up with the guidelines for charging Environment Compensation from defaulters of environmental laws/polluters.
“Before enforcing these guidelines in Jammu and Kashmir, the State Pollution Control Board found it imperative to place the same in the public domain for awareness of all stakeholders/defaulters of environmental laws and this exercise was done through a public notice issued on September 18, 2019”, sources said.
Now, with the approval of the Governor, the State Pollution Control Board has almost completed the exercise for levying Environment Compensation under ‘Polluter Pays Principle’, they said while disclosing that notices in this regard will be issued to the polluters within next few days so as to give practical shape to the guidelines.
They further disclosed that several Government departments, health institutions and Municipal bodies will also face the music and pay through the nose as they have yet not initiated steps for setting up of ETPs, CETPs and STPs as required under environmental laws. “Some of the agencies including Jammu and Srinagar Municipal Corporations are still polluting the water bodies by turning blind eye towards direct flow of sewage and this act on their part will lead to payment of hefty Environment Compensation under the guidelines”, sources said.
The formula for Environment Compensation approved by the National Green Tribunal incorporates the anticipated severity of environmental pollution in terms of Pollution Index, duration of violation in terms of number of days, scale of operation in terms of micro/small/medium/large industry and location in terms of proximity to the large habitations.
It is pertinent to mention here that Pollution Index is arrived after considering quantity and quality of emissions/effluents generated, types of hazardous wastes generated and consumption of resources.
“Environmental Compensation will be levied based on detailed investigation of experts/organization for the industrial unit located within municipal boundary or up to 10 kilometre distance from the municipal boundary of the city/town and after following location factor”, sources further said, adding “as per the formulas prepared by the NGT each polluter will have to pay hefty amount as Environment Compensation as in any case minimum Environmental Compensation shall be Rs 5000 per day”.
When contacted, B M Sharma, Member Secretary, State Pollution Control Board confirmed that steps have been initiated to enforce guidelines vis-a-vis Environment Compensation. “These guidelines have already received the approval of all the concerned authorities and will go a long way in checking environment pollution”, he added.