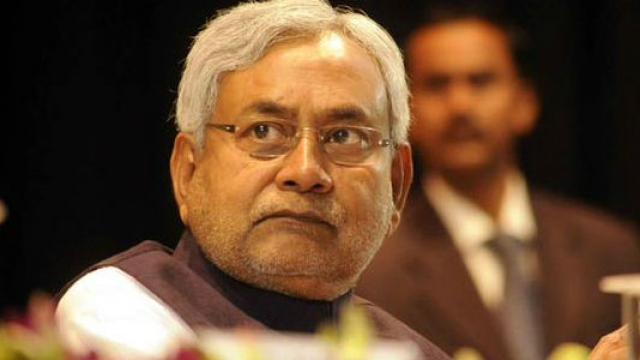 PATNA: As the “captain” of the NDA in Bihar, Chief Minister Nitish Kumar is hitting fours and sixes and inflicting defeat on rivals, his deputy Sushil Kumar Modi said on Wednesday, in an obvious rebuff to a BJP leader who had advocated a change of guard after the next assembly polls.

The remark by Modi, one of the seniormost leaders of the BJP in Bihar, comes in the wake of a “personal opinion” expressed by party MLC Sanjay Paswan a couple of days ago that
Kumar should move to the Centre instead of running for the fourth consecutive term.

“@Nitish Kumar is the captain of NDA in Bihar and will remain its captain in next assembly elections in 2020 also.
When captain is hitting fours and sixes and defeating rivals by innings where is the question of change,” the deputy chief minister said on Twitter.

The MLC’s remark evoked angry outbursts from leaders of the JD(U), headed by Kumar, who urged the BJP high command to rein in people like Paswan who, in their view, was
exceeding his brief.

Notably, Modi – in a rare gesture – had said in July on the floor of Assembly that the NDA would contest the polls next year under the leadership of Kumar, rubbishing speculations that the BJP might insist on having an upper hand after achieving unprecedented nationwide dominance.

The state unit of the saffron party had earlier distanced itself from the views expressed by Paswan, who had served as a minister in the Atal Bihari Vajpayee government.

“We have formed a government led by Nitish Kumar for Bihar’s development. Our alliance with the JD(U) and the LJP (headed by Ram Vilas Paswan) is a collective decision taken by
the central leadership of all three parties.

“The BJP respects its allies and their leaders. We abide by the coalition dharma. Expression of a personal opinion, or even that of sentiments of workers or general public must not be confused with the party’s official stand,” BJP state spokesman Nikhil Anand tweeted on Tuesday. (AGENCIES)