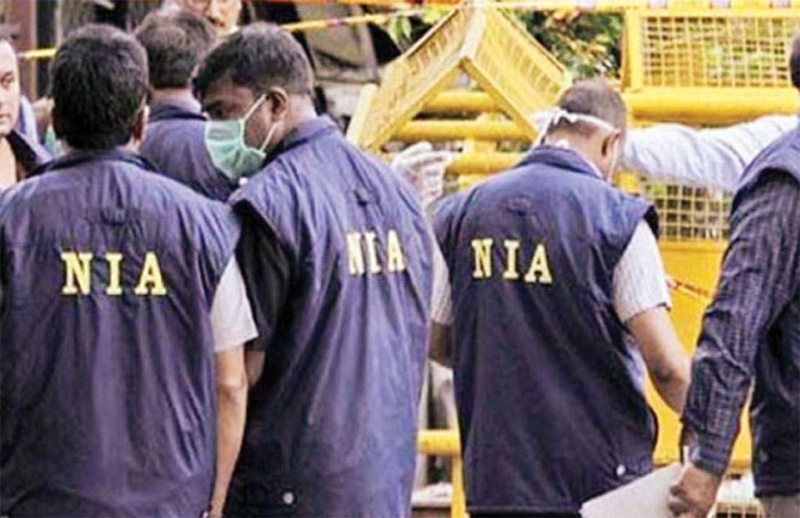 SRINAGAR, June 28: The National Investigation Agency (NIA) today arrested two traders for funding militancy using the money generated through trans-Line of Control (LoC) trade.
The two arrests were made in Baramulla and Pulwama in case trans-LoC militancy funding case (RC-17/2016/NIA/DLI)
The NIA arrested two accused persons – Tanveer Ahmad Wani son of Ghulam Ahmad Wani of Achagoza, Rajpora in Pulwama and Peer Arshad Iqbal alias Ashu son of Peer Gayasuddin of Khwaja Bagh, Baramulla.
The NIA said that the case pertains to the generation of extra profits through cross LoC trade mechanism between J&K and PoK and using of those funds for fomenting militancy in J&K.
The trade was started in the year 2008 via two Trade Facilitation Centres (TFCs) located at Salamabad, Uri in Baramulla District and Chakan-da-Bagh in Poonch District.
As per the SOP of the trade mechanism, 21 articles were allowed to be traded between PoK and J&K and was based on barter system. During investigation, it has been revealed that extra profit was generated by over-invoicing of export articles and under-invoicing of import articles by the traders.
The arrested accused are cross-border LoC traders and were handling several cross LoC trade firms registered in their own names or in the names of their friends, family members, relatives. The NIA said that they used to provide funds to the members of various militant organisations, OGWs and stone-pelters.