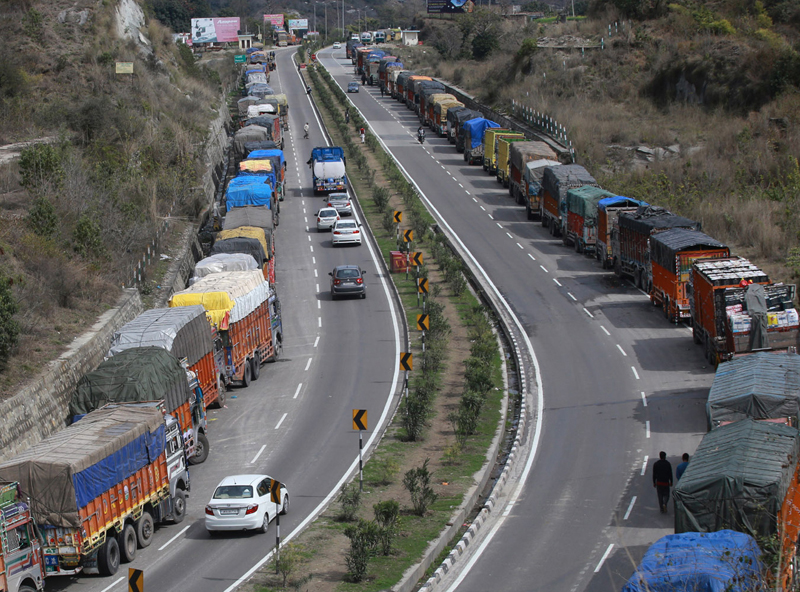 Excelsior Correspondent
SRINAGAR, May 7: The Government today further relaxed the restrictions imposed earlier this month on civilian movement on the National Highway (NH-44) connecting Jammu to Srinagar with a view to balancing the security needs of security force convoys with the need for minimizing public inconvenience.
These restrictions became necessary following the large movement of security forces on an unprecedented scale after the Pulwama terror attack. The security forces were required both for anti-militancy operations and conducting general elections peacefully. In order to facilitate secure movement of convoys, the Government had imposed a prohibition on civilian traffic on NH-44 from Baramulla to Udhampur twice a week, i.e. on Sunday and Wednesday, from 4 am to 5 pm.
Earlier, the restriction on civilian movement between Srinagar and Baramulla on NH-44 was reduced only to Sunday and later completely lifted.
The Government is alive to the needs of citizens and has once again reviewed the requirement of security forces. Following the completion of elections in Pulwama and Shopian districts and as the requirement of security forces is now reducing, the Government has decided to further relax the restrictions on traffic imposed earlier as follows:
“The restriction on civilian movement between Srinagar and Udhampur on NH-44 will be lifted on Wednesdays from May 13. The restrictions on civilian traffic in this stretch would now be only on Sunday,” an official handout said.
It said the local administration would continue to facilitate movement of civilian traffic as has been happening so far, including by allowing public transport of JKSRTC to move during the period of restriction on the NH.
A complete review of remaining restrictions on the Highway would be done subsequently, it added.