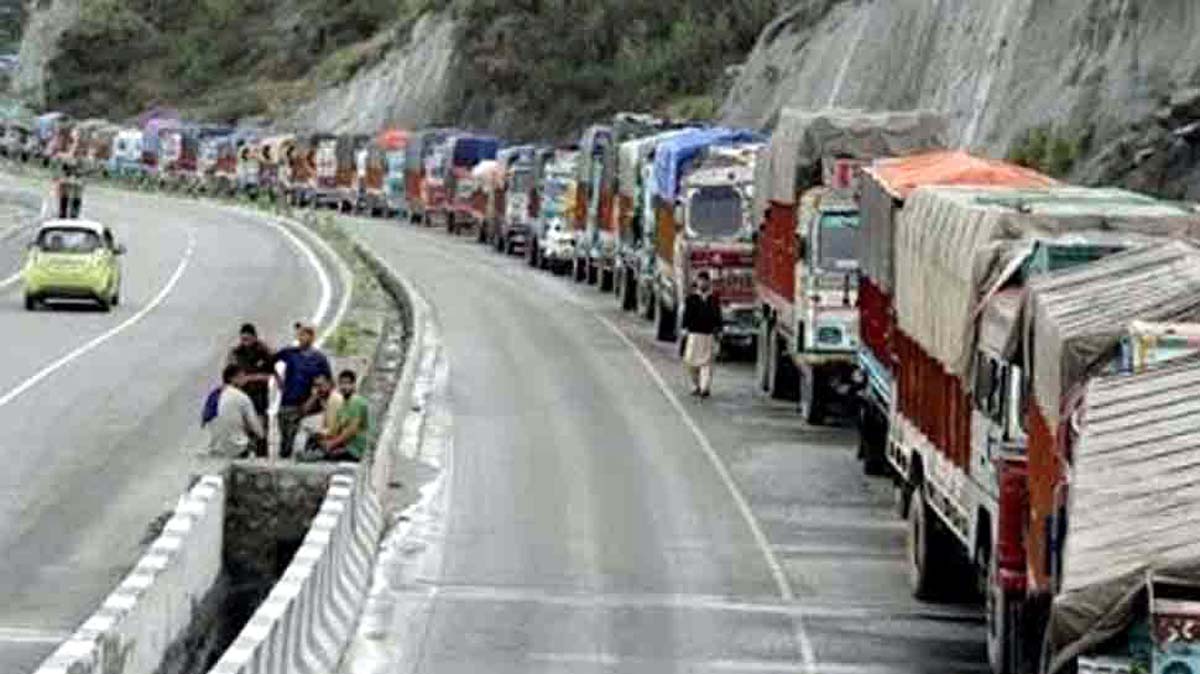 Excelsior Correspondent
JAMMU, July 28: The Jammu–Srinagar National Highway was again closed after landslides this evening near Ramban while three houses collapsed in Rajouri due to heavy rain today.
Official sources said that due to heavy rain during early hours today, the Jammu- Srinagar National Highway was blocked at Digdol, Battery Chashama and Panthial area of Ramban. Since it was raining heavily, the authorities could not launch restoration work during morning hours. Yatra convoy coming from Srinagar side to Jammu, remained stranded for hours in Banihal area.
Click here to watch video
The highway could be cleared at around 4 pm and the Yatra convoy was first cleared for Jammu. There was no yatra convoy today from Jammu side to Kashmir. The stranded vehicles were being cleared by the Traffic police authorities but again shooting stones blocked the road at around 6.15 pm at Panthial. Heavy boulders started coming down the mountain. The road was still blocked when the last reports came in this office late tonight.
Meanwhile, reports from Rajouri said that two residential Kucha houses of one Lal Din at Daraj in Budhal collapsed this morning due to rain. However, no loss of life has been reported. Another house of one Mohd Yaqoob also collapsed at Galutti village of Rajouri. The family members had narrow escape in the incident.
Reasi-Mahore road was blocked due to landslides and flood at Malai Nalla. The road was however, restored in the evening.