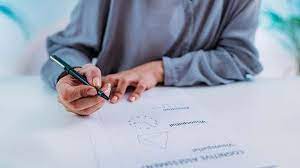 Belfast/Bristol, Oct 5: Lecanemab is the first drug to help improve the symptoms of Alzheimer’s by slowing the disease. These are very promising results, although the only data we have at the moment is from the drugmaker’s press release.
Lecanemab is an antibody that finds and removes a protein called amyloid that builds up and forms clumps in the brains of people with Alzheimer’s disease.
By targeting amyloid, lecanemab is striking at the heart of the disease itself, rather than just treating symptoms by boosting brain chemicals in the cells that are still working (as is the case with drugs currently prescribed for Alzheimer’s).
Previous antibody drugs to remove amyloid have not worked, or have generated mixed results.
As there are lots of other abnormal proteins in Alzheimer’s disease, the failure of the amyloid antibody trials led to a debate about whether amyloid really is an important problem in Alzheimer’s disease. This debate is now over.
Regardless of whether other biological processes are important in the development of Alzheimer’s, the data from the phase 3 lecanemab trial tells us that amyloid is a central problem in the disease.
This will help focus future investment in clinical trials and laboratory research.
Eisai, the maker of lecanemab, has already filed for “accelerated approval” with the US Food and Drug Administration.
If all goes to plan, the drug could be licensed as early as January 2023. But there are important questions still to be answered, even if the final published data is exactly as it is in the press release.

There is a small risk of significant side-effects with lecanemab, including brain swelling and bleeding. Most people are unaware when this happens to them, but around 3 per cent suffer small bleeds in the brain.
We do not yet know the severity of these bleeds. It may well be that doctors will be able to predict who is likely to develop them, but it will take a few years of giving the drug in clinical practice to better understand the side-effects and how best to manage them.
People who are prescribed the drug will need regular MRI scans to check for brain swelling or bleeding. These are enormous new healthcare costs, and we have no idea yet how much the drug itself will cost.
Another hurdle is identifying people with early-stage Alzheimer’s who might benefit from this drug.
This means doctors need to ensure people are referred to memory clinics as early as possible. Many of these people with mild memory symptoms won’t have Alzheimer’s disease. (Who hasn’t had a mild memory lapse?)
To identify patients who actually have Alzheimer’s disease, doctors will need to use new blood tests. And, with recent advances, doctors are on the cusp of being able to do this.
The way the drug is currently given (intravenously via a cannula twice a month) could also be off-putting for many patients.
However, Eisai is developing a formulation so that lecanemab can be injected into the fat layer under the skin – like an insulin injection – which may encourage more people to use the drug.

So is the benefit worth the risk and cost? Lecanemab slowed the rate of cognitive decline in people with mild cognitive impairment and early-stage Alzheimer’s disease by 27 per cent over 18 months.
This effect is similar to that seen with current drugs (cholinesterase inhibitors and memantine), but these drugs don’t affect the underlying causes of the disease.
If the effects of lecanemab remain stable for longer than 18 months, a patient with mild cognitive impairment who is destined to have six years of independent life, without treatment, could gain around 19 extra months of independent life.
But will patients and regulators view this reward as worth the potential risk of side-effects?
We should have answers to these questions fairly soon. But, in the meantime, we can celebrate the fact that we finally have proof that amyloid is a causal factor in the most common form of dementia.
And after many years of slow progress, that’s something to be excited about, as it shows that dementia researchers have been on the right track all along. (The Conversation)
(agencies)