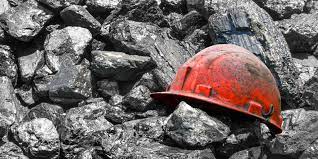 MUMBAI, May 6: India needs to increase domestic coal production in order to fulfil the ever-growing demand for fuel and reduce import dependency, Union Coal and Mines Minister Pralhad Joshi said on Friday.
“The need for coal is going to be double by 2040 with the rise in electric vehicles and the increased demand for electricity. Therefore, we need to ramp up our coal production to meet this growing energy requirement,” Joshi said at an investors’ meet here.
He said the target of the coal ministry is to minimise the import of thermal coal and to make the country ‘Aatmanirbhar’ in the sector.
Highlighting the opportunities to the investors present at the session, Joshi said, “Not long ago, people used to say the need for coal is going to reduce but we are currently witnessing surge in coal requirements”.
He noted that “extractable reserve in the closed or abandoned coal mines is around 380 million tonne, 30-40 million tonne of coal can be easily extracted from these mines”.
The continuation of mining activities will help in increasing coal supply while creating employment opportunities for the locals, he said.
“While we are stressing on developing renewable sources of energy, coal is still going to be one of major contributors in the energy production,” he added.
For this purpose, Coal India Ltd (CIL) is planning to offer its 20 closed or abandoned underground coal mines to the private sector to reopen and bring into production on revenue sharing model, he said.
“The coal requirement has gone up by more than 43 per cent since 2014 to 818 million tonne till March 2022. It was 570 million tonne in 2014. This requirement will further grow and is likely to double by 2040.
“The commercial mining will help fulfil the ever-growing demand for fuel in the Indian economy and also help reduce dependency on coal imports. And as our prime minister says our goal is to become self-reliant in coal,” Joshi added.
He said the government’s aim is to increase domestic coal production to 1.2 billion metric tonne by FY24. Union Coal Secretary Anil Kumar Jain, who was present on the occasion, said this is a golden opportunity for investors.
“These closed mines have been operated upon, this means infrastructure is good and ready and the entry barriers and financial barriers are minimum,” he added.
CIL has set coal production and offtake targets of 700 million tonne each for 2022-23. The company had registered a record coal production at 622.30 million tonne and record coal offtake at 661.90 million tonne in the last financial year.
CIL accounts for over 80 per cent of domestic coal output. (PTI)