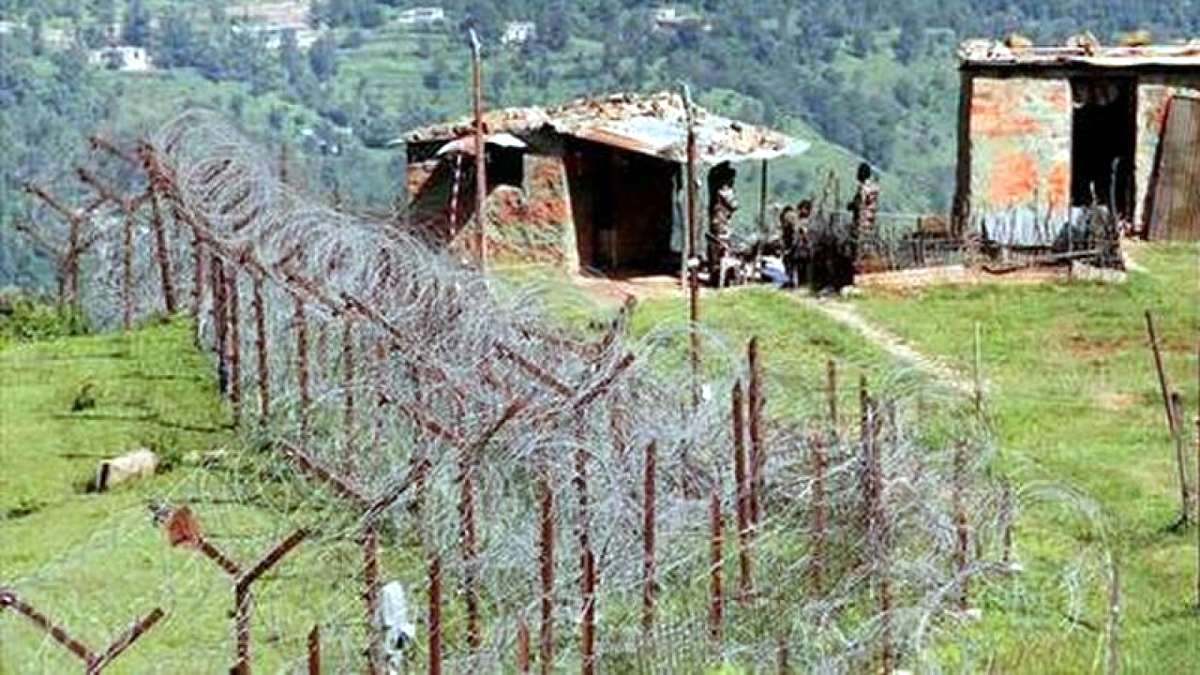 MHA to be approached shortly for 15000 more in Phase-II
*DCs asked to resolve issues for completion of remaining ones
Mohinder Verma
JAMMU, Dec 23: Nearly 8500 out of total 9905 bunkers in five districts of Jammu province are ready for use by the villagers residing near the International Border and Line of Control with Pakistan while as Ministry of Home Affairs (MHA) will be approached shortly by the Government of Union Territory of Jammu and Kashmir for sanction of 15000 more community and individual bunkers in Phase-II.
Reliable sources in the Home Department told EXCELSIOR that out of 9905 bunkers (8444 individual and 1461 community) taken up for execution by utilizing the funds sanctioned by the Ministry of Home Affairs, nearly 8500 have been completed till date and remaining bunkers are at different stages of construction in Kathua, Samba, Jammu, Rajouri and Poonch districts of Jammu region.
All these bunkers fall between zero to three kilometers from the International Border in Jammu, Samba and Kathua districts and Line of Control in Rajouri and Poonch districts and they can be put to use by the border dwellers in case of shelling and firing from the Pakistan side anytime. The keys of these bunkers have been given to the heads of the respective villages by the civil administration.
About the remaining community and individual bunkers, sources informed that the Deputy Commissioners of these five districts have been told explicitly to expedite the work and resolve the issues which are creating impediments in their completion. They have further been asked to conduct weekly meetings with the executing agencies to monitor both the physical and financial progress and furnish reports to the Home Department for necessary follow-up action.
Further, the Director, Rural Development Department Jammu and Chief Engineer Roads and Buildings Jammu have been told to coordinate with the concerned District Development Commissioners for resolution of the issues, which are creating hurdles in the completion of remaining bunkers.
In response to a question, sources said, “in some places the State land is not available and villagers are not giving consent for the construction of bunkers on their land. Similarly, the work on some bunkers has been abandoned by the executing agencies on the pretext of escalation of rates of construction material while as in respect of other bunkers the tendering process is going on. Likewise, in respect of certain bunkers seepage has been noticed”.
It is pertinent to mention here that Lieutenant Governor Manoj Sinha, during his visit to Kathua district in the month of September last year, had ordered inquiry into the seepage issue and had directed for taking timely corrective measures.
As far as escalation of rates of construction material is concerned, the Deputy Commissioners have been told that this was due to delay in execution of works by the executing agencies as such the bunkers should be completed within the previous approved/fixed rates, sources disclosed.
While stressing that remaining bunkers should be ready within next few months (preferably before the closure of current financial year), the Home Department has directed the Deputy Commissioners to ensure that all the bottlenecks are cleared without any financial implication and works are completed by strictly following the codal formalities, sources further informed.
According to the sources, a proposal has also been mooted for construction of around 15000 more community and individual bunkers and Ministry of Home Affairs will be formally approached by the Home Department shortly after the approval of the Administrative Council headed by Lieutenant Governor Manoj Sinha.
Expressing inability to furnish district-wise breakup of the bunkers to be proposed under Phase-II, sources, however, said, if approved, these bunkers would be constructed between zero to five kilometers from the International Border in Jammu, Samba and Kathua districts and Line of Control in Rajouri and Poonch districts.
Even in the areas situated along the Line of Control in the districts of Kashmir valley, bunkers are being constructed with the support of Army. However, the exact figures are not available as there was no response from the administration despite repeated telephonic calls by EXCELSIOR.