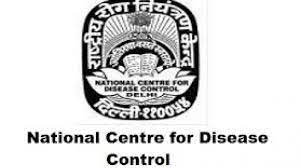 To strengthen and furthering the ambitious objective of research in epidemiology and control of communicable diseases and to open a network of additional 22 branches of National Centre for Diseases control (NCDC) across the country by the government of India , it is heartening to note that Jammu is slated to get one such branch opened. The mission of NCDC under Director General of Health Services , Union Ministry of Health and Family Welfare got more relevance and pointed utility in respect of its role of diagnosing not only emerging but re-emerging diseases immediately following the outbreak of COVID virus pandemic across the country . The centre , therefore, can focus on the general factors responsible for emerging of a disease coupled with which type of local factors and circumstances could lead to its emerging and on the contrary even equally have the strength of combating and controlling such diseases. It is nice that preparations are afoot for opening up of the centre for which preliminary survey and inspection by the central team has been conduced even a plot of land has been identified at Kot Bhalwal, Jammu after finding it quite feasible for the centre.
Not only shall the proposed centre concentrate on its assigned role but can even have the capacity of sharing the workload on the existing small number of such centres across the country including now those samples which earlier were being sent from the UT to Delhi centre shall be tested in the Jammu centre itself. We expect, as having been given to understand , that the Jammu centre is destined to be equipped with the modern equipment , a well established laboratory as also manned by experts and professionals in the field to carry out sustained tests and research in various types of viruses that cause numerous serious diseases.