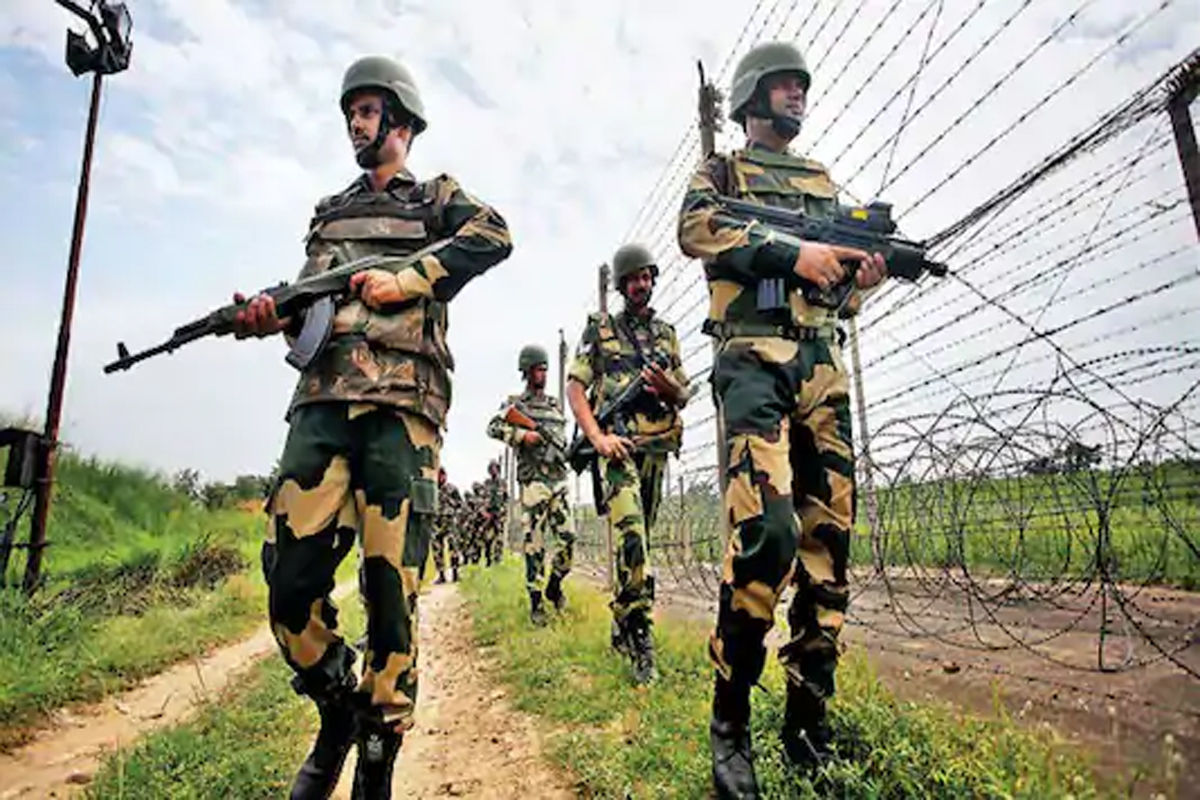 Militant, 3 OGWs arrested in Kulgam
Fayaz Bukhari
Srinagar, Apr 14: Security forces today recovered 10 kilograms of narcotics worth Rs 50 crores after a group of infiltrators were challenged in which a soldier sustained injuries along the Line of Control (LoC) in Karnah sector of north Kashmir’s Kupwara district.
Srinagar based Defence spokesman, Col Emron Mosavi said here that a group of around 2-3 infiltrators was challenged along the LoC during which a soldier received a minor injury while a huge consignment of narcotics was recovered from the spot weighing 10 kilograms.
He said that the narcotics consignment recovered close to the brief encounter site weighs 10 kg whose approximately worth is Rs 50 Crore.
He said that this is the second big narcotics consignment recovered within the past couple of days.
He said that such moves are aimed to financially help militant organizations within the Valley while all the attempts have been foiled by and large by the security agencies deployed to guard the fence.
He also said that the operation is underway to identify the individuals from the Karnah sector involved in this activity.
In the meantime, security forces today arrested a militant of Jaish-e-Mohammad and three Over Ground Workers (OGWs) in South Kashmir’s Kulgam district.
Police along with 9 RR established a naka at Bogund Kulgam road on specific information about presence of the militants.
Police said that during checking, three persons aboard a Maruti Alto vehicle were signalled to stop, who on seeing the search party tried to escape from the spot but were apprehended. Another associate of theirs was apprehended from the checkpoint.
One among them has been identified as a militant of JeM Zeyan Javid Dar son of Javid Ahmad Dar of Ushkuru Baramulla, who was missing from Shopian religious seminary since last month.
Police said three other arrested militant associates were identified as Zahid Nazir Mantoo, son of Nazir Ahmad Mantoo of Feeripora Shopian, Umer Yousuf Bhat, son of Muhammad Yousuf Bhat of Feeripora Shopian and Muzaffar Ahmad Banday, son of Muhammad Sadiq Banday of Mandujan Shopian.
Police said that on their personal search and search of the vehicle, arms and ammunition were recovered. A case (FIR number 53/2021) under relevant Sections of law was registered in Police Station Kulgam and investigation has been set into motion.