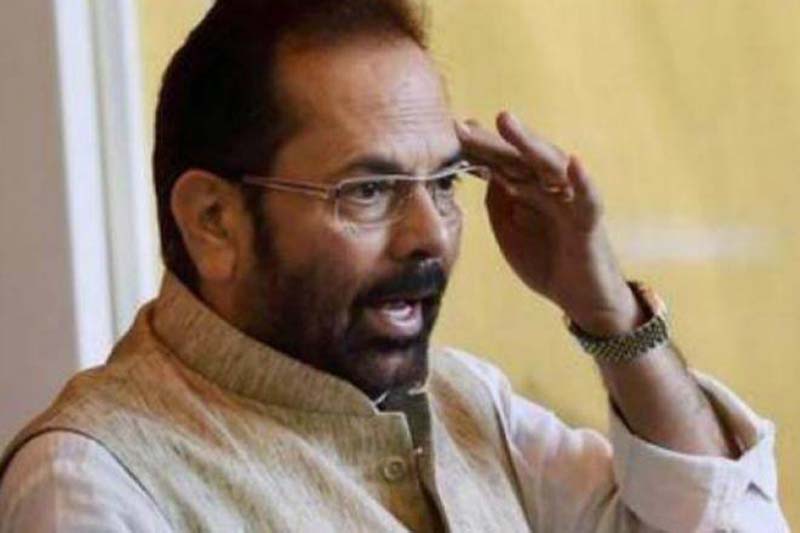 NEW DELHI: Hitting out at the All India Muslim Personal Law Board and the Jamiat-Ulema-e-Hind for their decision to seek a review of the Ayodhya verdict, Minority Affairs Minister Mukhtar Abbas Naqvi on Sunday said they are trying to create an “atmosphere of division and confrontation” after the matter was laid to rest by the Supreme Court.

He also said that for the Muslims the important issue is not just “Babri (mosque) but barabri (equality)” in the areas of education and economic and social upliftment.

In an interview, Naqvi said that in a democracy everyone has a right to have an opinion and liberty to approach courts.

However, he asserted that in an ideal scenario attempts should not be made to entangle the decades-old complex issue which has been solved by a unanimous verdict of the Supreme Court. (AGENCIES)