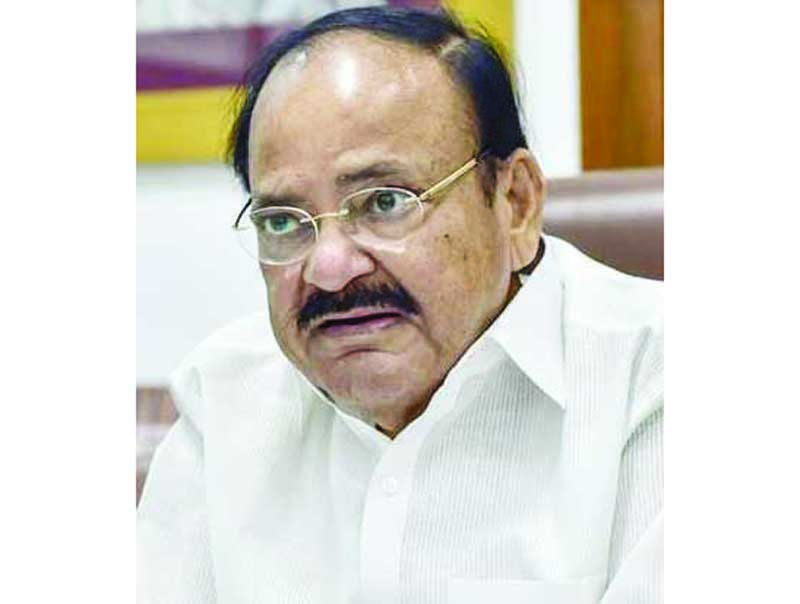 NEW DELHI, Dec 5:
Rajya Sabha Chairman Venkaiah Naidu on Thursday pulled up MPs of both Houses for their low attendance in parliamentary standing committees’ meetings and urged the leaders of all political parties to ensure “quantitative and qualitative functioning” of these panels.
After holding a meeting with chairpersons of these panels in the morning, Naidu said only 18 members each from both houses of Parliament attended eight Rajya Sabha committees’ meetings since being reconstituted in September this year.
Sharing concern about the functioning of these committees in the Upper House, Naidu said: “I expect the number of members of this House with full attendance in the meetings of the committees to rise.”
Each member of the department-related standing committee represents 25 members of Parliament while deliberating in the committee. If one member is absent, the voice of 25 MPs would not be heard, according to Naidu.
“I, hence, appeal to leaders of all the parties and members of this august House to ensure quantitative and qualitative functioning of these committees in whom the Parliament has vested an important responsibility of functioning on its behalf,” he added.
Naidu said Rajya Sabha’s eight department-related standing committees (DRSCs), which were reconstituted in September, had held a total of 41 meetings since then.
An analysis of attendance in all these 41 meetings revealed a “disturbing trend”.
On these eight committees, a total of 80 members of Rajya Sabha are represented. Out of these 80 members, 18 members have attended all the meetings of respective committees since September, he said.
Similarly, 18 of the total 168 Lok Sabha members represented on these eight committees have also attended all the meetings.
The DRSCs have been conceived, Naidu said, as an effective instrument of enabling detailed scrutiny of legislative proposals, besides focused and detailed examination of various issues chosen by these committees for reporting in a bipartisan manner, which may not always be possible in both the Houses of Parliament.
To motivate other members, Naidu listed out the names of 18 members of the Upper House who had 100 per cent attendance in the meetings of Parliamentary panels.
However, a Congress member said the listed names were chairpersons of these committees. (PTI)