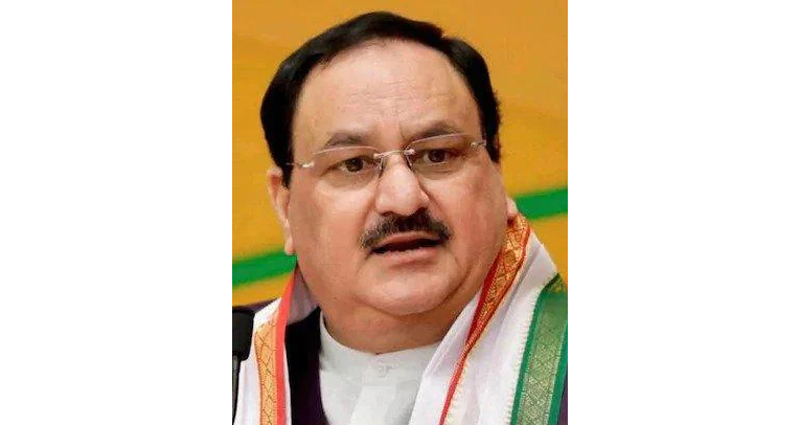 Interacts with MPs, legislators across country

Avtar Bhat
JAMMU, May 25: Close on the heels of BJP national office bearers meeting at Jaipur, Rajasthan, national president, JP Nadda today interacted with party MPs and legislators throughout the country through video conferencing and asked them to redouble their efforts in strengthening party at booth level as a run up to forthcoming Assembly elections in various States including J&K followed by Lok Sabha elections in 2024.
Nadda was joined in the video conferencing by party national general secretary (org) B L Santosh and Vijyan Panda national vice president and Incharge booth Shaktikaran of the party.
According to party sources, the video conferencing throughout the country with MPs and legislators and ex-legislators stressed on to take the party programmes of Narendra Modi Government to every nook and corner of country and apprise the people about eight years achievements of BJP Government at Centre as a run up to Assembly elections to various States in including J&K and Lok Sabha elections in 2024.
Through video conferencing, Nadda connected with 1170 spots all over the country and interacted with the party men.
Sources said party from today wants to further strengthen its mass base right from booth level all over the country and concentrate on those areas where it is not strong. Sources said Nadda asked the party men to fully concentrate on booths which is the main strength of the party and take the developmental agenda of Modi Government as well as its last eight years achievements to every nook and corner of the country and apprise the people of the same to negate the malicious propaganda of opposition parties.
He said the BJP men have to remain in public and maintain a good liaison with masses to better its performance in elections and need of the hour is to concentrate on those segments where the party has some drawbacks and where it could not perform as good as was expected previously.
Sources said he highlighted various developmental programmes and schemes of Modi Government for welfare of the people and asked the party men to take them to the masses and ensure that people are taking proper benefit of these schemes like Ayushman Bharat, Kissan Samman Nidhi Yojna, Ujwala Yojna, Ujala Yojna, Pradan Mantri Awas Yojna, Pradan Mantri Gareeb Kalyan Ann Yojna, Har Ghar Jal through tap, One Rank, One Pension, Atal Pension Yojna, Mudra Yojna, Pradhan Mantri Fassal Bhima Yojna etc.
He said Modi Government is fully concentrating on making India self reliant and Indian Government locally made COVID vaccines and also supplied the same to other countries. He asked the party men that the people be apprised of these achievements of the Modi Government which is marching to make India a Vishaw Guru.
BL Santosh in his address also asked the party men that strengthening of booth is key to party’s victory in elections and if booth is strong the party will automatically get strengthened. He said BJP’s Mantra is ‘Sabka, Saath, Sabka Vikas and Sabka Vishwas’ and it believes in justice to all and appeasement to none.
He also asked the partymen of those States including J&K where elections are to be held in near future to hold public rallies and porgrammes and ensure that more and more people come to the party fold.
He said the public outreach programme has been started and the Union Ministers are visiting J&K which will help in further expansion of BJP’s base in UT.