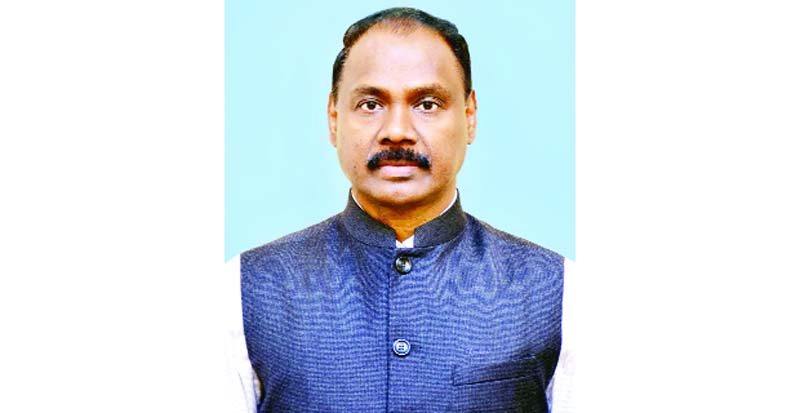 Guv, LG not covered by Article 148

JAMMU, Aug 5: In a sudden development, Lieutenant Governor Girish Chandra Murmu today resigned from the post and is set to leave Jammu for New Delhi tomorrow amidst reports that he could succeed Rajiv Mehrishi, former Union Home Secretary, as new Comptroller and Auditor General of India (CAG).
The Centre is yet to name Murmu’s successor.
Resignation of Murmu came on the day when Jammu and Kashmir marked first anniversary of abrogation of Articles 370 and 35-A of the Constitution, which scrapped special status of the erstwhile State which was divided into two Union Territories of J&K and Ladakh.
Though there was no official confirmation of the resignation of Murmu either from the President’s office in New Delhi or from the Lieutenant Governor’s Secretariat in Jammu and Kashmir, reliable sources confirmed that he has resigned and will be heading to New Delhi on Thursday from Jam-mu where he reached this evening from Srin-agar after attending the Administrative Council meeting.
Recently, Murmu was involved in couple of controversies especially his statement on restoration of 4G mobile services in Jammu and Kashmir which was in disagreement with the Centre.
Murmu had stated that he had no objection to restoration of 4G Services in J&K but the Government of India later told the Supreme Court that it will verify statement of the Lieutenant Governor. Security agencies had recommended against restoration of 4G Services in the Union Territory, which were stopped on August 4 last year on the eve of scrapping of special status of J&K.
Days later, the Election Commission of India had pulled up Murmu for his statement on conduct of elections in Jammu and Kashmir saying holding polls is the mandate of the Commission and it was not domain of the Lieutenant Governor.
On the name of Rajiv Mehrishi, former Home Secretary of India who had closely handled Jammu and Kashmir and is presently CAG, sources said there was no bar on his appointment as the Lieutenant Governor as being claimed by some quarters on the ground that office of Governor or the Lieutenant Governor can’t be termed as employed under the Government of India.
“In Hargovind Pant vs Dr Raghukul Tilak and others case, the Supreme Court has held that the office of Governor can’t be termed as employment under the Government of India. Moreover, TN Chaturvedi, the CAG from 1984-89 and former Civil servant, had held the post of the Governor of Karnataka and Kerala,” sources pointed out.
They said Article 148 (4) states that the CAG will not be eligible for further office either under the Government of India or under the Government of any State after he ceased to hold his office. However, the Governors and the Lieutenant Governors are not covered under this Article.
According to sources, the Government of India is yet to name the successor of Murmu. However, name of Mehrishi had also figured for the post of the Lieutenant Governor of Jammu and Kashmir in October when Murmu, the then Expenditure Secretary in the Union Ministry of Finance, was appointed to the post.
Sources said the Union Ministry of Home Affairs has already prepared a list of candidates for the post of J&K’s LG which has been sent to the Prime Minister’s Office (PMO) for taking a final call.
Mehrishi is among the top contenders, they added. He enjoys confidence of Modi Government and had retired as the Home Secretary in 2016. He was later appointed as the 13th CAG on September 25,2017. He was 1978 batch officer belonging to Rajasthan cadre.
Murmu who had taken over as the first Lieutenant Governor of Jammu and Kashmir on October 31, 2019, was a 1985 batch Gujarat cadre IAS officer and had worked closely with Prime Minister Narendra Modi and Home Minister Amit Shah in Gujarat as well as in New Delhi.