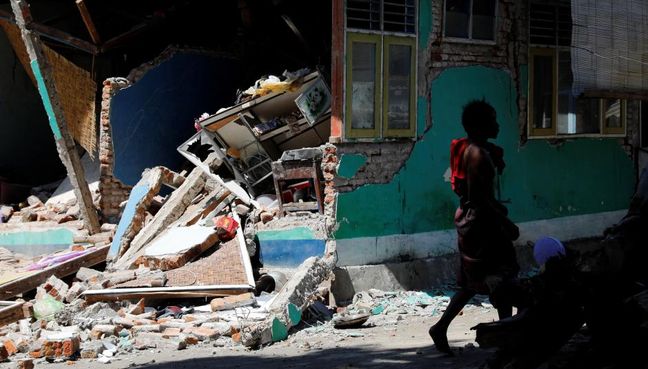 The latest quakes struck yesterday, with the first measuring 6.3 shortly before midday. It triggered landslides and sent people fleeing for cover as parts of Lombok suffered blackouts.

It was followed nearly 12 hours later by a 6.9-magnitude quake and a string of powerful aftershocks.

The picturesque island next to holiday hotspot Bali was already reeling from two deadly quakes on July 29 and August 5 that killed nearly 500 people.

Ten people were killed in the strong quake Sunday evening, mostly by falling debris, including six people on the neighbouring island of Sumbawa, according to the national disaster agency.

Some two dozen people were injured in Lombok and more than 150 homes and places of worship damaged, the agency said. (AGENCIES)