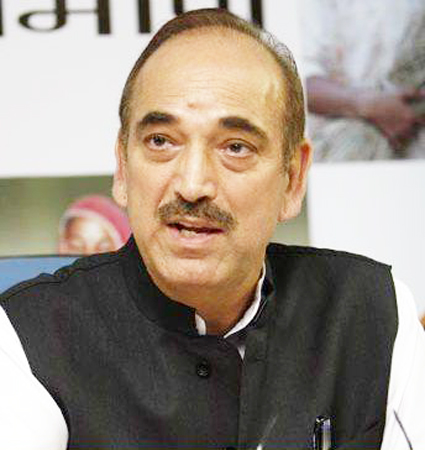 NEW DELHI: Paying rich tributes to former Prime Minister Atal Bihari Vajpayee, Congress leader Ghulam Nabi Azad today said the distance seen between the ruling party and the opposition today was not there earlier and the late BJP stalwart worked taking everyone along.

Speaking at a condolence meeting attended by leaders of all major parties, Azad said Vajpayee had brought together leaders cutting across ideological divides even in his death which, he added, was something rare.

The senior opposition leader quoted verses to heap praise on Vajpayee and said he was such an eloquent speaker that even his criticism sounded pleasant whereas, he added, there are some leaders who, even when they say something good, make it sound like abuses. (AGENCIES)