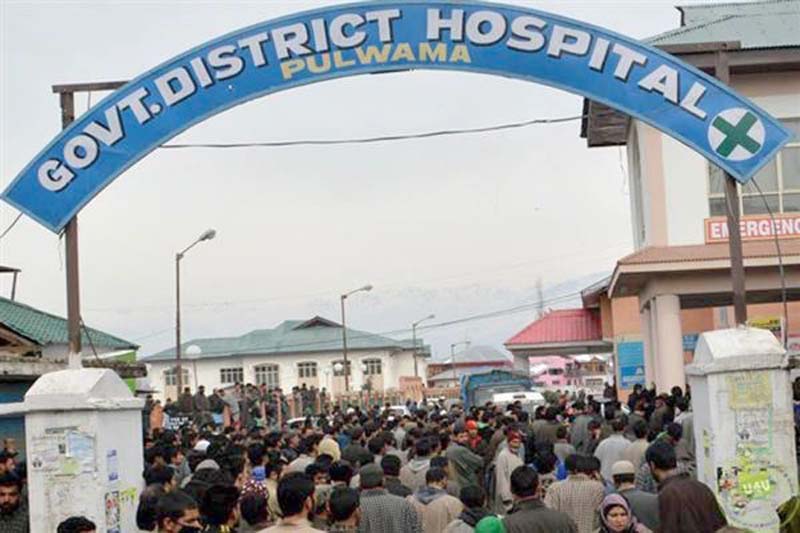 Irfan Tramboo
Srinagar, July 12: In a grave misuse of position, the Medical Superintendent District Hospital Pulwama has brazenly recommended the transfer of a doctor who was not eligible as per rules, while shielding his wife whose transfer was over-due.
Government has today sought an explanation from the Medical Superintendent District Hospital Pulwama for providing ‘false’ information and ‘concealing’ facts in a report that was submitted by him through Directorate of Health Services, Kashmir to the Health and Medical Education Department.
The department had asked the Medical Superintendent to furnish a report regarding the doctors with longer stay, who can be transferred, in order to pave a way for a fresh consultant at the DH Pulwama.
However, he as per the communication-the copy of which is lying with Excelsior-omitted the name of his wife, who has been posted at the hospital since 2011 and recommended the name of another doctor who was posted in 2015, throwing rules and regulations to the wind by resorting to misuse of his position.
“Despite clear instructions from the Administrative Department, you have concealed the material facts by furnishing misleading information vide communication No MS/DH/Pul/229-30 dated 11-04-2019, to the Administrative Department through Directorate of Health Services, Kashmir. The information is suppressive of actual facts as you have deliberately omitted the name of your wife, who has been posted in District Hospital since 9/2011, while as Dr Shaheena who has been recommended for the transfer is posted at the place since December, 2015 only,” the communication read.
It was intimidated to the DHSK that Dr Liza Rafiq, who was to be posted at DH Pulwama as Consultant Gynecology, is a fresher and that it was not appropriate to transfer her to DH Ganderbal at this stage that too allowing her to work at JLNM Hospital Srinagar.
“As such Director Health Services was requested to propose shifting of other longest stay Consultant Gynecology at DH Pulwama paving way for Dr Liza Rafiq, Consultant Gynecology to work against resultant post, being newly appointee, as her transfer/ readjustment at this early stage is not justified,” the communication read while giving the background of the issue.
The letter, written by the Under Secretary, H&ME Department, said that the ‘misrepresentation’ of facts and recommendations furnished by the Medical Superintendent have brought a bad name to the department apart from putting it into an awkward position.
“Your report is prima-facie biased and the same is unbecoming of a Government servant, as such you are directed to explain your position on the issue within a period of 10 days from issuance of this notice, failing which the Government shall be constrained to take disciplinary action against you under rules,” the letter said.