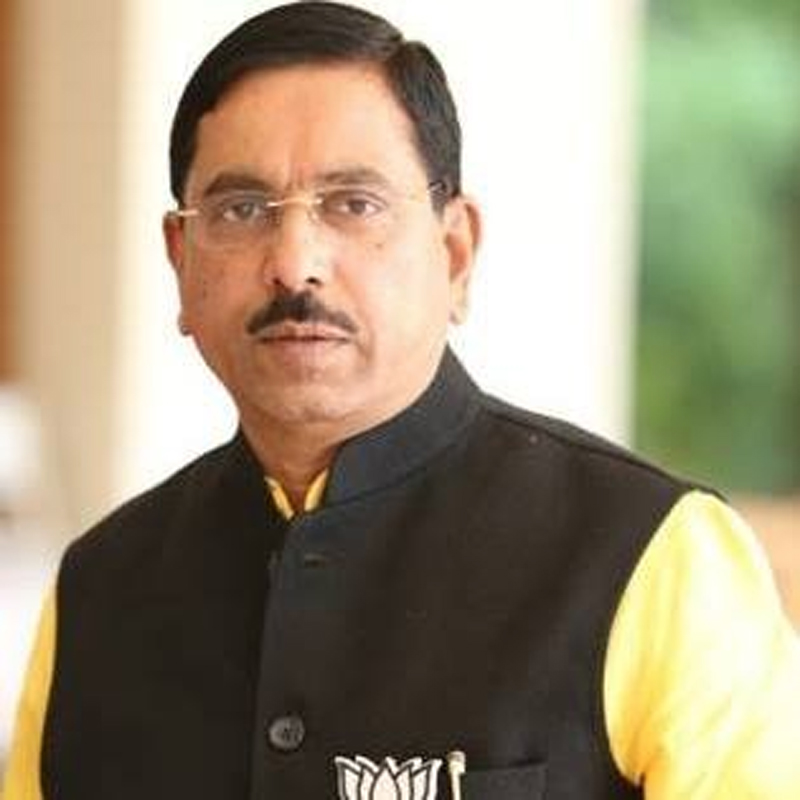 NEW DELHI, Sept 24:
The productivity of Lok Sabha during the Monsoon session was 167 per cent, while that of Rajya Sabha was 100.47 per cent approximately, Minister for Parliamentary Affairs Pralhad Joshi said on Thursday.
In a statement issued here, Mr Joshi said that the Monsoon session, which commenced on September 14, was scheduled to culminate on October 1 but due to COVID-19 pandemic risks after transaction of essential business, both the Houses were adjourned sine-die on September 23 yielding 10 sittings spread over as many days.
He informed that during the Session, 22 Bills (16 in Lok Sabha and 06 in Rajya Sabha) were introduced. Lok Sabha and Rajya Sabha individually passed 25 Bills each. a total of 27 Bills were passed by both the Houses which is best ever rate of passage of Bills per day i.e. 2.7 Bills.
The Minister said that all the 11 Ordinances which were promulgated during inter session were replaced by Acts of Parliament during the session. Four old pending Bills in Lok Sabha and one old Bill in Rajya Sabha were withdrawn, the Minister added.
The Minister said that during the Session, First Batch of Supplementary Demands for Grants for 2020-21 and Demands for Excess Grant for 2016-17 were discussed and voted in full and the related Appropriation Bills were introduced, discussed and passed by Lok Sabha on September 18. .. Rajya Sabha returned these Bills on September 23.
Appreciating the arrangements made for conducting the Session amid Covid-19 pandemic, the Minister said that the extra-ordinary output of this Session has become possible due to tireless efforts of all agencies and individuals involved in the transaction of -Business before the Houses.
So as to meet Constitutional requirements of article 85 and for transacting essential legislative and other Business, this Session was held during COVID-19 pandemic situation by making extra ordinary arrangements, including that of seating and logistical following all guidelines of Ministry of Health and Family Welfare and Ministry of Home Affairs, the Minister added.
The important Bills, passed by Houses of Parliament include the Bills on Agriculture Reforms-The Farmers’ Produce Trade and Commerce (Promotion and Facilitation) Bill, 2020 , The Farmers (Empowerment and Protection) Agreement on Prices Assurance and Farm Services Bill, 2020 and The Essential Commodities (Amendment) Bill, 2020 -, The National Forensic Sciences University Bill, 2020, The Rashtriya Raksha University Bill, 2020 and Bills on Labour reforms including The Occupational Safety, Health and Working Conditions Code Bill, 2020 , The Code on Social Security Bill, 2020 and The Industrial Relations Code Bill, 2020,
Some Ordinances were promulgated to mitigate the effects arising out of Covid-19 pandemic though legislative means. These included The Salary, Allowance and Pensions of Members of Parliament (Amendment) Bill, 2020.
The Salaries and Allowances of Ministers (Amendment) Bill, 2020 , The Epidemic Diseases (Amendment) Bill, 2020 and The Insolvency and Bankruptcy Code (Second Amendment) Bill, 2020 .
Bills related to the Health sector, including The Institute of Teaching and Research in Ayurveda Bill, 2020 , The National Commission for Indian System of Medicine Bill, 2020 and The National Commission for Homeopathy Bill, 2020 were passdd in the Monsoon session.
Further, some important legislations to address the economic requirements of the country were passed during the current session.
These include The Banking Regulation (Amendment)Bill, 2020 , The Companies (Amendment) Bill, 2020 , The Bilateral Netting of Qualified Financial Contracts Bill, 2020 and The Taxation and Other Laws (Relaxation of Certain Provisions) Bill, 2020 were passed during the current session. (UNI)