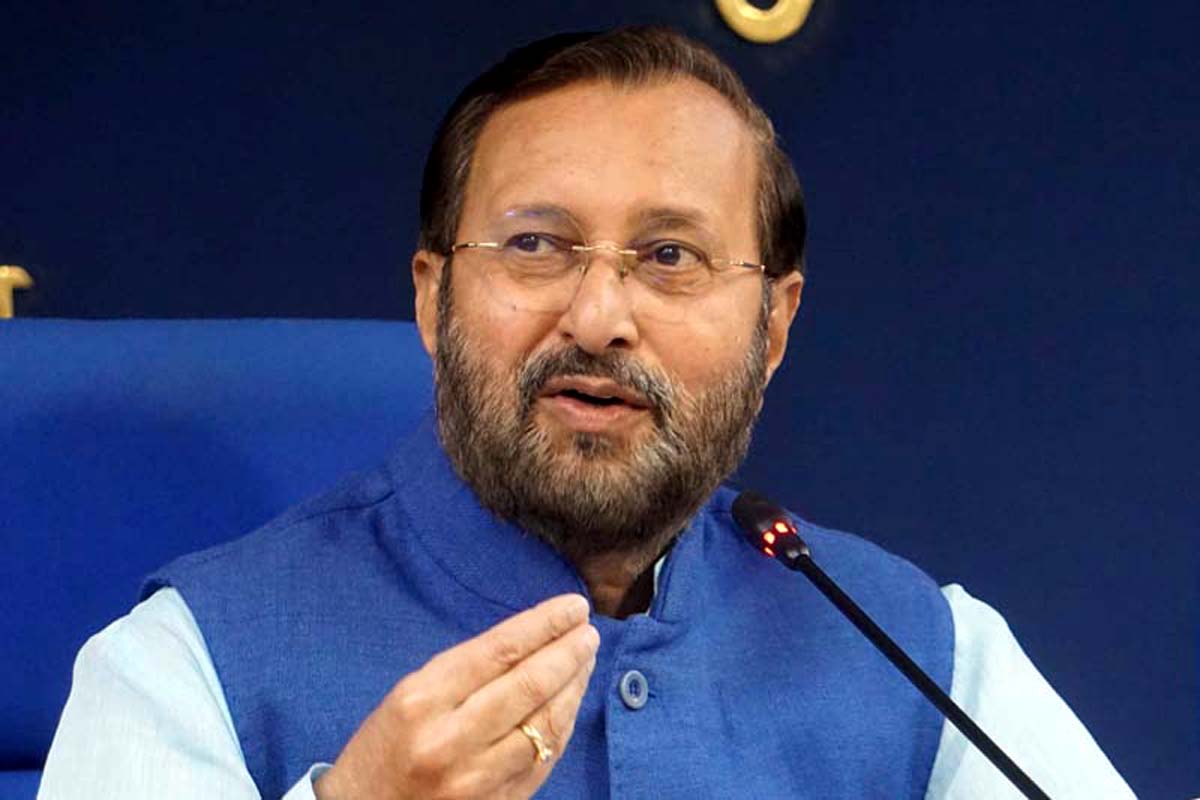 NEW DELHI, Sept 24:
The ruling BJP on Thursday termed the opposition’s politics “directionless” as it took a dig at its rivals for complaining to President Ram Nath Kovind over the passage of some key bills while “abdicating” the right to speak in Parliament.
Senior party leader and Union minister Prakash Javadekar took a swipe at the opposition parties, saying they boycotted Parliament when “revolutionary” labour bills were being debated and did not follow the Chair’s direction to return to their seats for division of votes in Rajya Sabha during the passage of two farm bills.
“They (opposition) shamed Rajya Sabha,” the Information and Broadcasting minister told reporters about the ruckus in the House on Sunday following which eight opposition members were suspended.
“The opposition’s politics has become directionless. They had the right to sit in Parliament and express their views but they instead abdicated it and staged a walkout. They began protests and dharna outside and are now meeting the President,” he said.
There are nearly 300 days for these things, Javadekar said, adding that Parliament meets for 70-80 days so that its members could express their views there.
The opposition boycotted Parliament and is now complaining everywhere, he said.
The opposition parties have been up in arms against the passage of farm bills, and their delegation on Wednesday urged President Kovind not to give his assent to the same. They also called the passage of the bills “unconstitutional”.
Javadekar said farmers have received a “boon” in the form of these proposed laws and asserted that the opposition’s allegations about the minimum support price (MSP) and agriculture ‘mandis’ have been proved “wrong”.
The government has just hiked MSPs of rabi crops and will now procure them, he said.
The new labour laws will give “salary, social and health” rights to farmers and ensure equal wages for women for the first time since independence, the minister said, adding that the opposition is now complaining after not taking part in the debate on the same.
“This is wrong,” he added. (PTI)