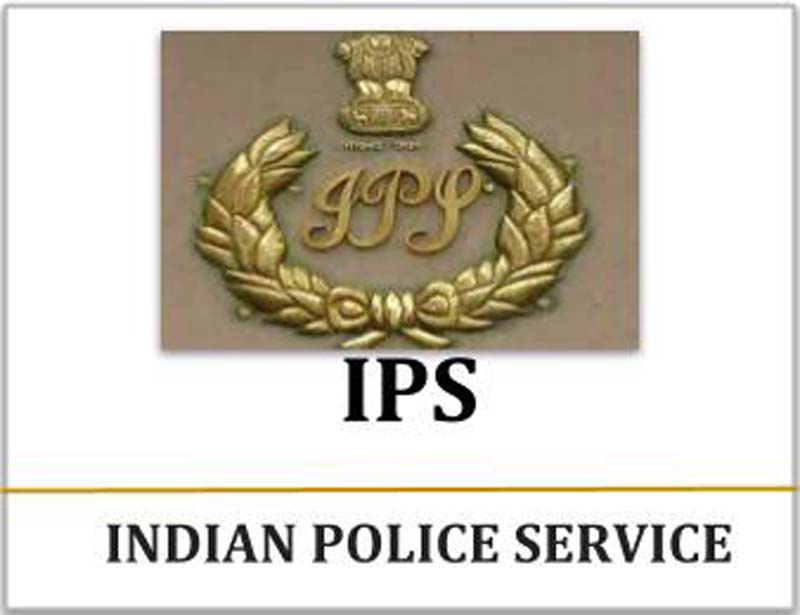 JAMMU, July 4: With a view to encourage the police officers working in militancy-infested Jammu and Kashmir and boost their promotional prospectus, the Union Ministry of Home Affairs (MHA) has given nod to creation of 25 posts for the IPS officers in the ranks of Director Generals of Police (DGPs), Additional DGPs, Inspector Generals of Police (IGPs), DIGs and SSPs.
Out of 25 posts approved for promotion of IPS officers, two each are in the rank of DGP and Additional DGPs, five IGPs, 12 DIGs and four SSPs in the Selection Grade, official sources told the Excelsior.
“The Jammu and Kashmir Government will have to hold the Departmental Promotion Committee (DPC) meeting to clear the officers for promotion,’’ they said, adding that since J&K is now a Union Territory the posts for promotion of IPS officers had to be created and approved by the Ministry of Home Affairs.
Sources said as the MHA has approved creation of two new posts of DGPs, the senior most Additional DGPs including Lalat Indu Mohanty, who is on Central deputation with the BSF and Dr B Srinavas, who is posted as Commandant General Home Guards/Civil Defence/State Disaster Responder Force in J&K are tipped to become the DGPs. They are 1989 and 1990 batch IPS officers of Jammu and Kashmir cadre.
Presently, four IPS officers of J&K cadre are in the rank of DGPs including Navin Aggarwal of 1986 batch, Dilbag Singh, VK Singh and SM Sahai of 1987 batch. Dilbag is posted as DGP and VK Singh as DG Prisons while Aggarwal and Sahai are on Central deputation.
The Home Ministry has also given nod for creation of two vacancies of Additional DGPs.
However, there are four IGPs of 1995 batch of IPS who are due for promotion as additional DGPs including SD Singh Jamwal, Director Sher-i-Kashmir Police Academy, SS Khandare, Head of Police, Union Territory of Ladakh, Rajesh Kumar, who is on Central deputation and posted as IG CRPF Kashmir and T Namgayal, IGP Traffic J&K.
“If only two IGPs are promoted as ADGPs, SD Singh and Khandare will be eligible as they are No. 1 and 2 in the seniority list. However, if two vacancies of Additional DGPs which will arise following promotion of two ADGPs as DGPs are taken into account, all four IPS officers of 1995 batch could become Additional DGPs.
Presently, there are nine Additional DGPs, six of whom are posted in Jammu and Kashmir and three are on Central deputation.
The ADGPs posted in J&K included Dr B Srinivas, ADG Home Guards/Civil Defence/ SDRF, Rashmi Ranjan Swain, Additional DG CID, AK Choudhary, Additional DG Armed, Deepak Kumar, MD Police Housing Corporation, SJM Geelani, Additional DG (Coordination) Police Headquarters and AG Mir, Additional DG (Headquarters) J&K.
Three Additional DGPs, who are on Central deputation, include Lalat Indu Mohanty, BSF New Delhi, Hemant Kumar Lohia, also in the BSF and Pankaj Kumar Saxena.
Though the MHA has approved creation of five new posts of IGPs, no DIG is eligible for promotion in Jammu and Kashmir. The promotions from DIGs to IGPs will take place only when the DIGs become eligible for promotion and there are sufficient numbers of DIGs in place.
The Union Territory is facing shortage of officers in the rank of DIG but with the MHA giving nod to creation of 12 new posts of DIGs, the shortage is likely to be reduced to quite an extent.
There has been proposal to promote six IPS officers of 2009 and 2010 batch as Incharge DIGs though they are yet to complete 13 years of mandatory service for promotion.
They include Imtiaz Ismail Parray, Shailendra Mishra and Rahul Malik, all IPS officers of 2009 batch and Rayees Mohammad Bhat, Rajiv Omprakash Pandey and Sridhar Patil, all from 2010 batch.
“The DPC will take a final call whether to promote IPS officers of both 2009 and 2010 batch officers as Incharge DIGs or only 2009 batch,’’ sources said.
The DPC is headed by Chief Secretary BVR Subrahmanyam and comprised Home Secretary Shaleen Kabra, Director General of Police (DGP) Dilbag Singh and a senior IAS officer in the rank of Commissioner/Secretary who is co-opted as the member.
Rest of the vacant posts of DIGs will be filled following induction of Jammu and Kashmir Police Services (JKPS) officers into IPS for which the process is in advanced stage.
The MHA has also approved creation of four new posts of SSPs in the Selection Grade.