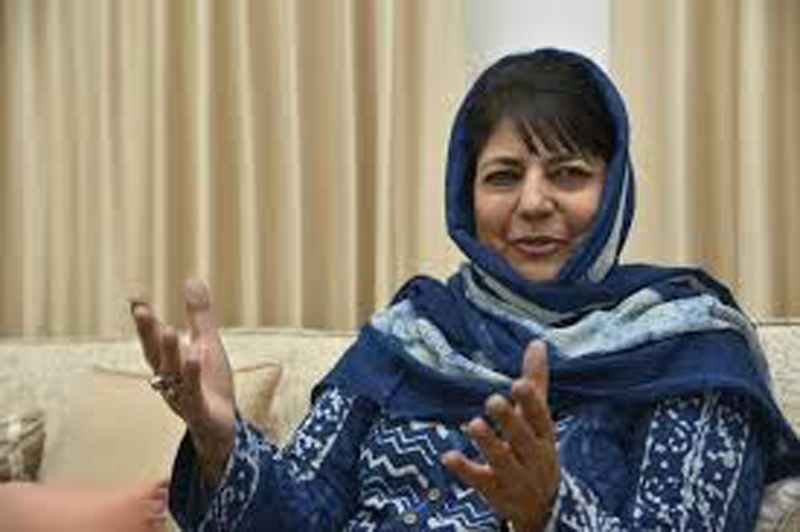 Excelsior Correspondent
JAMMU, Sept 15: Former Chief Minister and PDP president Mehbooba Mufti today virtually ruled out joining hands with Prime Minister Narendra Modi again saying her party staked a lot and braved hatred and anger of the people hoping that the Centre would help in bringing Jammu and Kashmir out of trouble but regretted that their hopes and aspirations were dashed.
In an interview to a national Hindi news channel tonight, Mehbooba in response to a question that whether her party would again join hands with Prime Minister Narendra Modi if asked for formation of the Government, quipped: “Mehbooba doesn’t have such a big heart. We have already sacrificed a lot. We staked everything. We tolerated hatred and anger of the people hoping something positive to happen in Jammu and Kashmir.
“We hoped Jammu and Kashmir will be brought out of the trouble. However, our hopes and aspirations were dashed”.
On Modi’s Independence Day speech invoking `Kashmiriyat, Insaniyat and Jamhooriyat’ as formula to resolve Kashmir on the lines of late Atal Bihari Vajpayee, Mehbooba said there was difference in saying something and acting upon it.
“Vajpayee did it (acted on it). Thought and understanding of Vajpayee was missing in Modi,” she said.
On Article 35-A, Mehbooba described 35-A as soul of Article 370 saying it was guarantee to the State Subject Law in Jammu and Kashmir. She declared that her party would go to any extent to defend Article 35-A in the State.