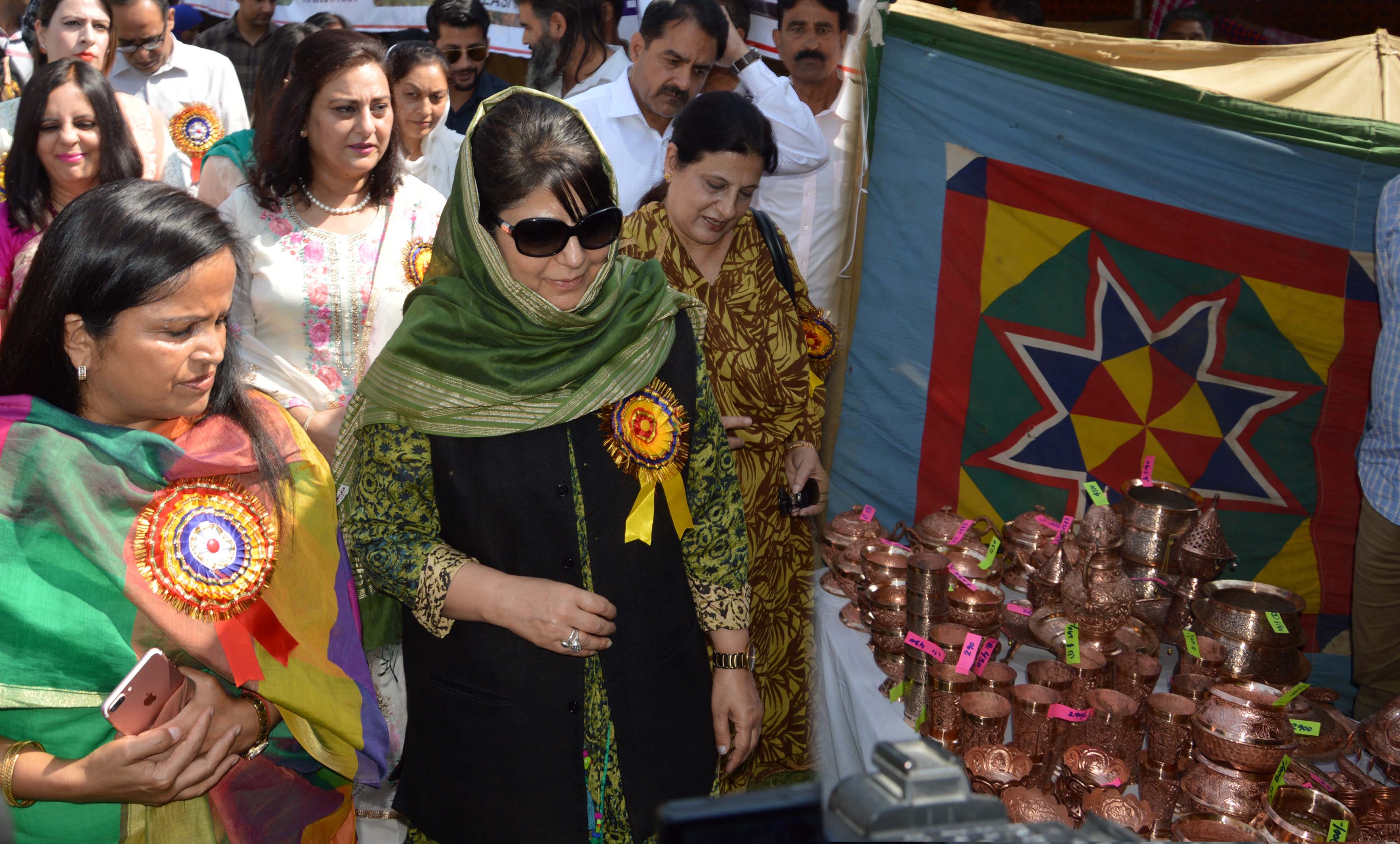 SRINAGAR: Chief Minister, Mehbooba Mufti inaugurated the 29th Police-Public Welfare Mela at Bakshi Stadium here today. A large number of people from different walks of life attended the fair, which is held twice every year in the capital cities of Srinagar and Jammu.

After inaugurating the mela, Mehbooba Mufti paid floral tributes to the jawans and officers of J&K Police who laid down their lives while performing their duties.

The Chief Minister went many stalls and appreciated the quality of products on display from all the three regions of the State.

Organized by Jammu & Kashmir Police Wives Welfare Association (JKPWWA), as many as 53 stalls have been set up by various Police establishment centres in the Mela.

The fair aims at generating resources for the welfare of the families and wards of martyred personnel of J&K Police.

Also present were Chairperson, JKPWWA, Mrs. Bharti Vaid and other senior officers of the J&K Police Department and members of JKPWWA.