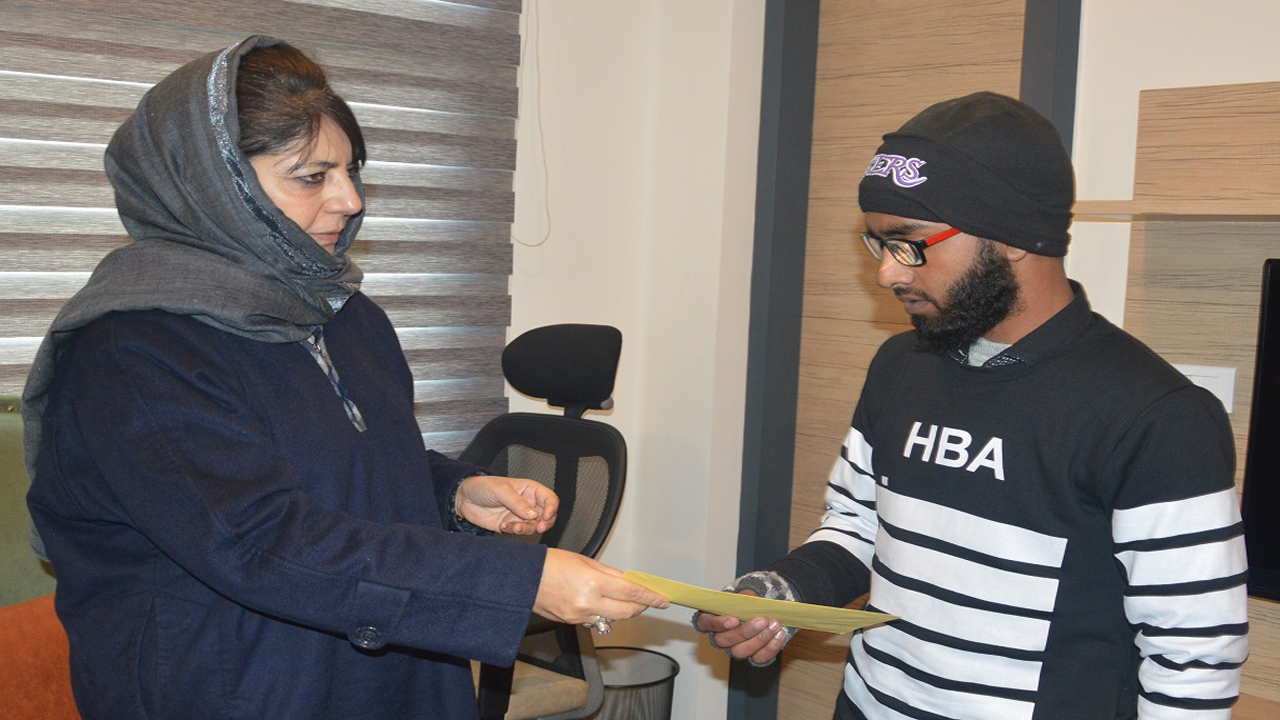 SRINAGAR: As another step towards their social integration, Chief Minister, Mehbooba Mufti today distributed appointment orders among yet another group of victims of pellet injuries during the law and order situations in the Valley.

The Chief Minister, it may be mentioned here, had distributed appointment orders among a similar group of pellet victims on December 05, 2017. Earlier on September 14 and 28, she had also disbursed financial assistance among such pellet victims. Besides, the Chief Minister had supervised the treatment of these victims as well.

Mehbooba Mufti, it may be mentioned here, has initiated a series of measures for the rehabilitation, social integration and empowerment of youth of the State. Recently she directed withdrawal of cases against more than four thousand youth involved in various cases of law and order nature. The step was widely hailed by all sections of society.